Nibble your way through the Dordogne Valley

For many, the Dordogne Valley is synonymous with fromage. From melt-in-your mouth cabécous to flavoursome blues, delve into the region's culinary specialities and take tonnes of tastebud-tickling opportunities to sample some of France's very best cheeses!

For travelers, one of the pleasures of visiting the Dordogne Valley is to enjoy wandering through a traditional marché. And with so many around, the chance of finding a good cheese stall or two is always possible.
As the markets overflow with towers of these pungent dairy goods, so do the local boutiques, farm shops and eateries. For cheese fanatatics looking to put only the very best on their cheeseboard, look out for the AOC label that defines quality standards and ties the product's name to a specific geographic region. 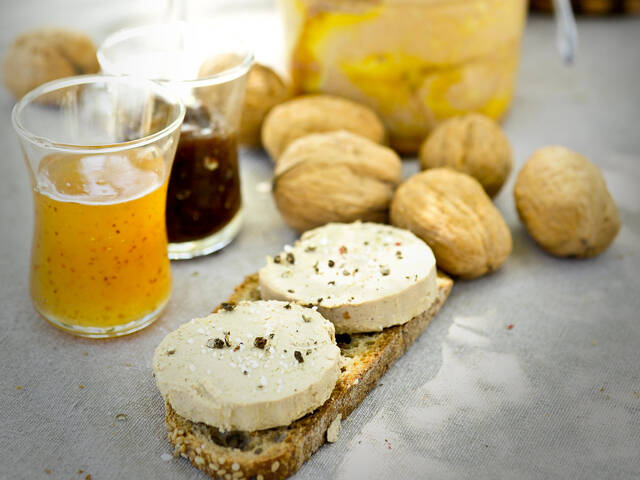 Belonging to a family of goat cheeses known as Cabécous, this small velvety disk lends its name to the sacred village of Rocamadour.
One of the oldest cheeses produced in the Dordogne Valley, the region’s chalky soil has been used to raise goats since the 15th century when the cheese had a monetary value between tenant farmers and land lords.

Made with non-pasteurized milk and aged for only a couple of weeks, Rocamadour cheese is soft and creamy in taste and best served on a slice of freshly toasted walnut bread or crumbled into a salad. If aged for longer (2 to 3 months), the cheese acquires a stronger flavour and pairs well with a glass of red wine.
With its distinct aromas, buttery texture and sweet walnut-perfumed aftertaste, this cheese is a hit for all visitors. If you're considering taking some back home, no need to worry about exceeding your baggage allowance as each disk only weighs around 40 grams.
The annual Rocamadour Cheese Festival in May is of course not to be missed where visitors can sample the infamous Rocamadour as well as other delicious cheeses from the region. 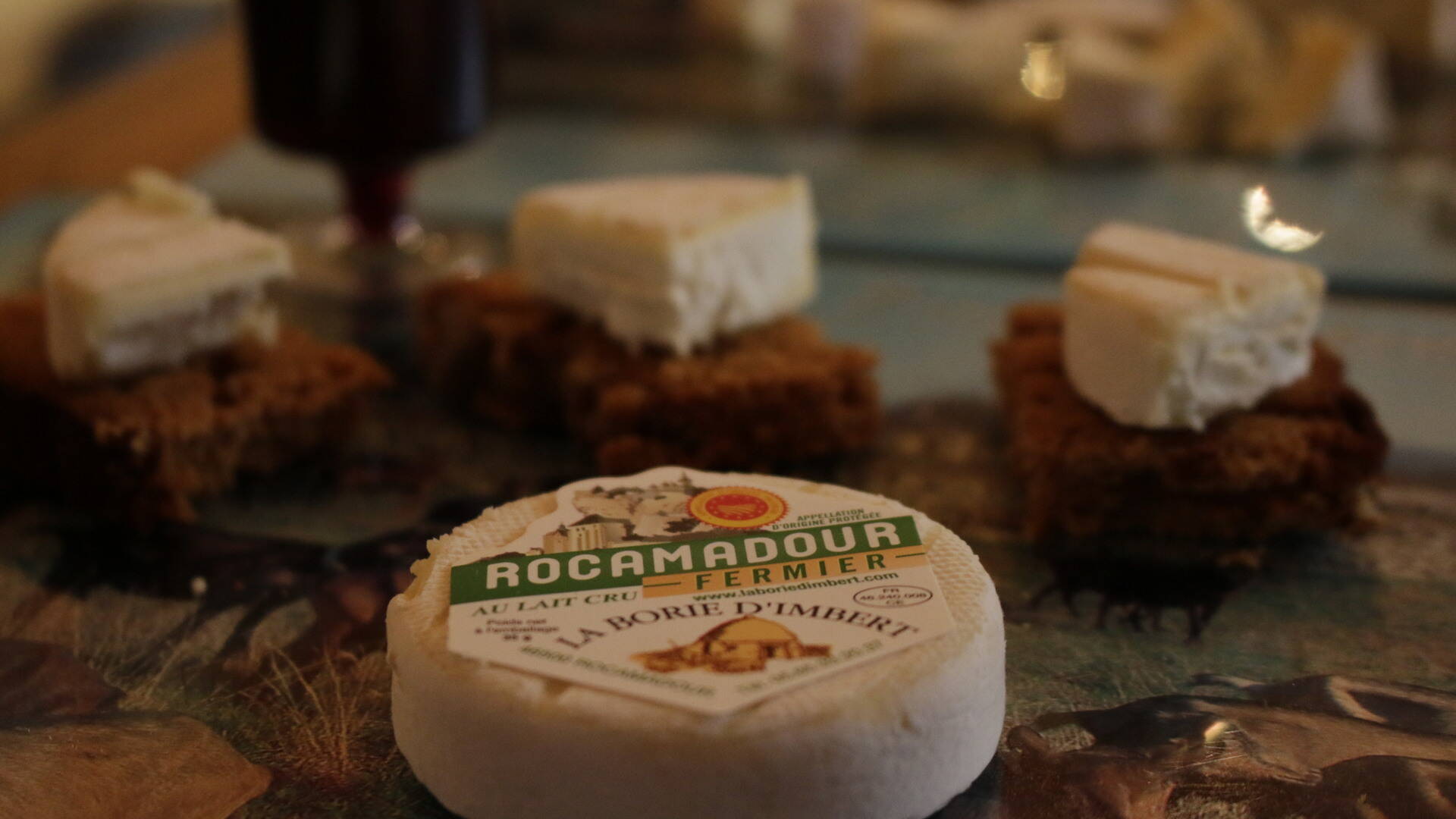 For nearly 150 years, the Abbaye Notre-Dame de Bonne Espérance has produced the celebrated Trappe d’Echourgnac cheese. Driven by their mission to help the people of Double, the monks created a cheesemaking facility and purchased milk from neighbouring farms.

However, in 1923 the Abbey was taken over by nuns who continued the tradition and introduced a variation of the cheese but with a hint of 'liquor de noix'.

Renowned for its nut groves and multiple distilleries, the liqueur is of course sourced in the Dordogne Valley and incorporated into the mix before maturing 2 months in the abbey cellars. Although the site cannot be visited, they do have a great cheese shop which also sells confectionaries produced by other missionaries in the region. 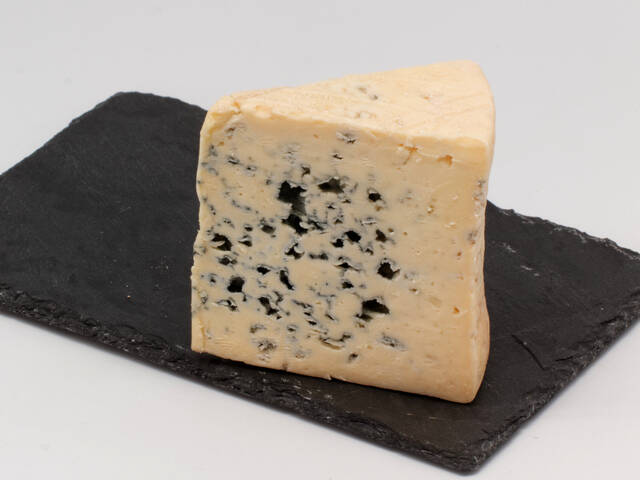 Bleu des Causses is produced using the milk from cows that graze on the limestone plateaux of the Dordogne Valley and then left to mature on oak shelves for 3 to 6 months in the natural caves of the Gorges du Tarn.
These naturally temperature-controlled cellars are a major element to the cheese's maturing and is what gives it its special aroma.

However, the flavour differs depending on the season in which it is produced. Ivory-yellow summer cheeses are milder than the stronger-tasting, white winter cheeses.
Although Bleu des Causses isn't made from sheep's milk, it is considered a milder variant of Roquefort as they both share the same distinctive veins of blue penicillium. Like most blues, Bleu des Causses is absolutely delicious when paired with a sweet white wine or pears.
With its astonishing mild flavour and aromatic ardour, this cheese definitely has its place on the cheeseboard and is a fine way to end the savoury courses... 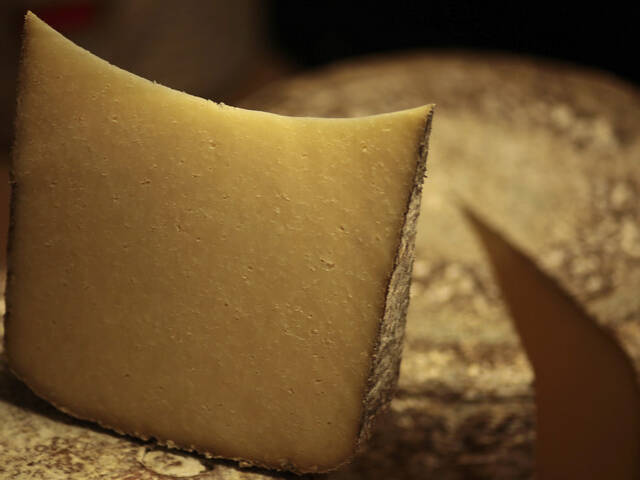 Neither a cheddar nor a mountain cheese, the Pavé Corrèzien allies more closely with its Auvergnese neighbour: Cantal. Made from raw cow's milk, the cheese is sold at different ages in rectangular blocks and teams exceptionally well with a glass of fruity white.
Although its rock-like rind gives off a scent of fresh walnut and spice, its body is delicately acidulate and has a buttery texture.