A fascinating glimpse into art history before there was history

Some 20 000 years ago prehistoric man had settled throughout the Dordogne Valley. In 1940 a group of young boys walking in the countryside discovered the cave of Lascaux (near Montignac in the Vézère Valley). It revealed a treasure trove of prehistoric cave paintings and a glimpse into the lives of our prehistoric ancestors living in the Valley thousands of years ago.

A classified UNESCO World Heritage site, the original cave had to be closed due to the damage human visitors were causing to the cave’s atmospheric environment. There is now no way to see the original cave as it has been closed to the public for decades and is accessible only to a very select number of scientists. After its closure in 1963, began the painstaking work of recreating the original cave and its paintings with an exact replica of both the cave interior and the art on its walls. The first replica was Lascaux II (opened in 1983) and the second Lascaux IV (opened in 2016). Both reproductions are an exact carbon copy of the original. It’s so well done that soon after entry you won’t even think twice about it being a replica.

Opened in 2016, Lascaux IV transformed the already world renowned site into a leading international centre of Palaeolithic cave art. Housed in a stunningly modern building with a gigantic glass frontage, it contains not only the cave replica but an entire exhibition space dedicated to the art and history of Lascaux.

Some of the oldest cave art on the planet…..

The entirely new and complete cave reproduction has been built with the same aesthetic intentions of Lascaux II, namely to recreate the form and the paintings exactly as they are in the original. The entire cave and 100 percent of its paintings have been reproduced. Dubbed the 'Sistine Chapel of Prehistory', it's fair to say that no other cave paintings can compete with those of Lascaux's in terms of colour, size, quality and quantity.

In order to achieve this perfect carbon copy, a team of 50 expert artists used digital photography and laser imaging to reproduce the paintings stroke-for-stroke. The temperature, air pressure and dampness are also identical to the original cave itself with an ambient temperature of 13 degrees. In small groups of 30, you are taken through (with English digital/audio guides available) as your guide highlights the most significant works and provides detailed information on how they were created. Be sure to book ahead to ensure you reserve a place on the English language speaking tours that are offered. It’s a mind blowing experience because, apart from the fact that these drawings are estimated to be 20 000 years old, they are remarkable in their lifelike detail, which depict animals and even hunting scenes rich in colour and relief. 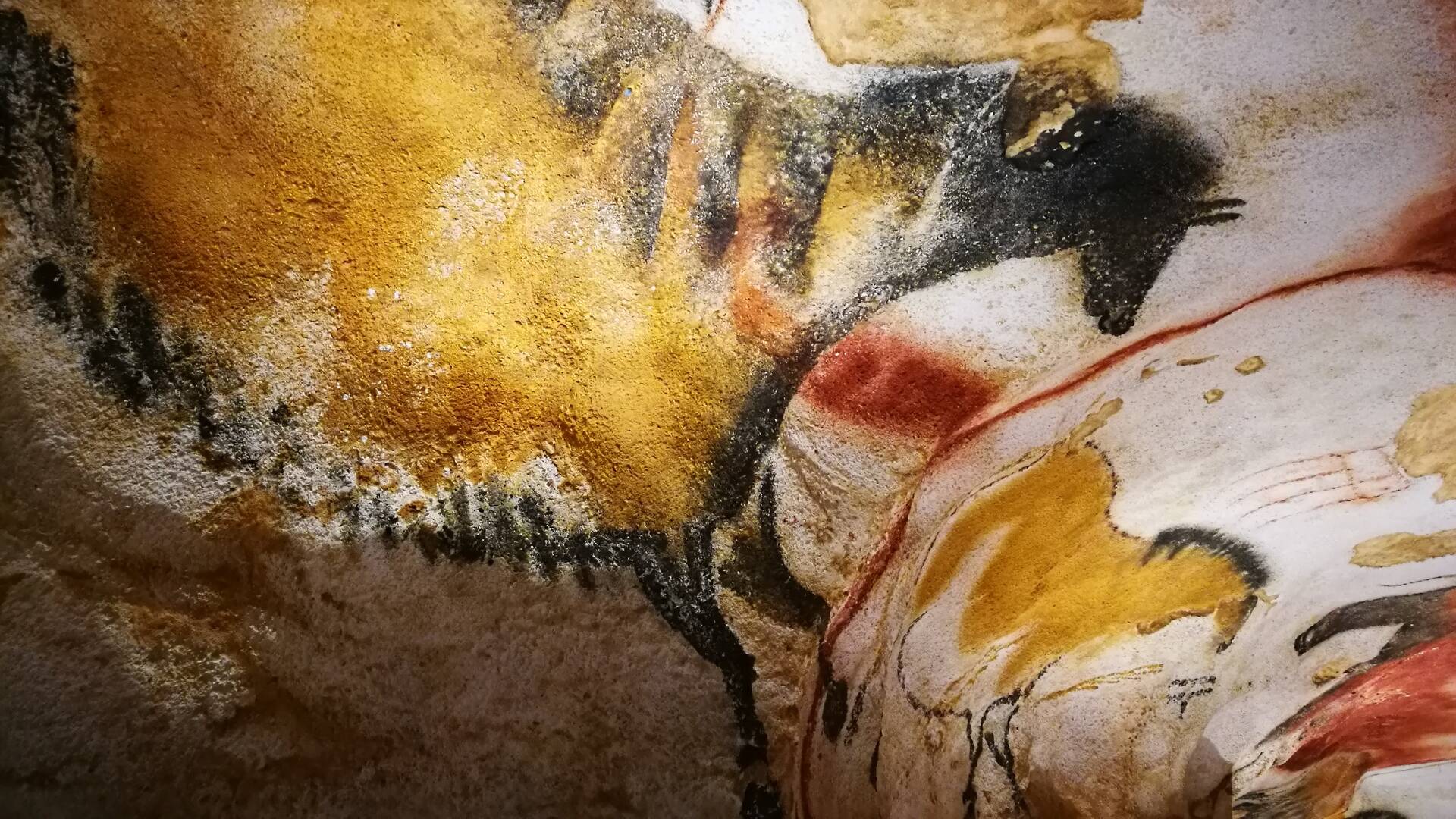 After the cave tour your experience continues with a visit to the world acclaimed international centre of Palaeolithic cave art. Filled with video documentaries, a 3D virtual visit of the original cave and full sized interactive digital exhibits. You can find out about the techniques used and the historic significance of these paintings. It’s very informative but also entertaining. Kids are well taken care of as they are able to play interactive games on digital tablets given out to all visitors. These tablets aren’t just for the kids though. They really enhance your tour and the displays automatically adjust with new interactive information depending upon your location in the exhibit. You can also take photos with them, which are then sent directly to your email account.

Open year round, the whole visit to Lascaux is a must-see experience. Drawn in the light of something akin to a prehistoric oil lamp (fuelled with animal fat), you will be wowed by the art you see here. Come and see for yourself paintings created by primitive humans 20 000 years ago!

When the original Lascaux cave was closed to the public in 1963, an ambitious project to recreate it resulted in Lascaux II, which opened in 1983 and reproduced about 80 percent of the cave’s art.  Despite not being a complete reproduction of the original cave, it still contains hundreds of colour paintings and remains a fantastic experience. Like Lascaux IV small groups are taken through the cave at scheduled times.
Smaller in size than Lascaux IV, it makes for a more intimate visit. Intelligently lit, it is cool and dark like the original and you get to see the paintings in light similar to the fire-light that the prehistoric artists used thousands of years ago. An encyclopedic record of the Dordogne Valleys prehistoric wildlife, over 900 animals including horses, bison and deer feature in the cave. Many of the major artworks were painted onto the walls using mineral pigments or incised into the stone.

Make sure you book well in advance in order to get the tour of either Lascaux II or Lascaux IV in English. Lascaux IV issues interactive tablets to all visitors, with all elements of the tour and interactive exhibits available in English. However, for a much more complete experience it is better to have an English speaking guided tour if you don’t speak or understand any French. Incidentally there are some tours that take place in other languages, German for example, so make sure you hook up with the right tour and in the right language!

There is ample parking in front of Lascaux II and Lascaux IV and it is free. There are also gift shops at both selling souvenirs of your visit and a nice café/restaurant to sit down in after it at Lascaux IV.

Essential Info for your visit

You can follow this link for further information and also booking: Booking Link: https://www.lascaux.fr/en