A natural wonder as old as time itself

Plunge into the depths of one of the largest chasms in Europe and take a boat ride on an underground river to explore the most remarkable caves  in the Dordogne Valley – Wow factor guaranteed!

A Voyage into the Earth

The Gouffre de Padirac is one of the largest chasms in Europe. Discovered by the famous French cave explorer Edouard Martel, it was opened to the public in 1899. More than 24 million visitors (and counting) have come to marvel at this natural wonder and it continues to enthrall those who see it.
In times gone by it was often referred to by the local population as the devil’s hole and it’s a sight to behold as you and other awestruck visitors gaze down into the enormous 75 metre chasm into the earth, 33 metres wide. This enormous sink hole then leads into a cave system, created by millennia of subterranean underground water erosion which has carved out spectacular caverns in the limestone, full of enormous stalactites and stalagmites deep under the ground.

First you descend by lift or the impressive metal staircase, the design of which was inspired by the Eiffel tower of Paris. Once at the bottom you can’t help but look up in wonder at the small circle of sky that now looks decidedly faraway.

Exploring the cave system, you then get onto small flat bottomed boats as your tour guide then punts along a subterranean river of pristine turquoise water, using a wooden pole to move you along. From here you discover the full grandeur of the cave system 103 metres under the surface, with small passageways in the rock giving way to mind bogglingly large caves.

Full of rock formations, underground pools and gigantic stalactites and stalagmites a plenty. It takes thousands of years to create these amazing rock formations. When rain water drips into the caves, it leaves behind traces of calcite, one of the major building blocks of limestone. So every day and imperceptibly, the calcite changes the shape of the rock formations in the cave.Impressively lit in order to highlight the cave’s features, you really do feel like you have plunged into another space and time.

The Gouffre is open every day from the Easter holidays until early November. Schedules vary according to the months of the season and the total visit time is approximately 1h30. Be aware that the cave is always between 13-14 degrees, so pack something warm if you are prone to getting chilly.

If you need the tour in English, don’t hesitate to request this and almost all guides do speak some English.

Also, if you have reduced mobility or any trouble with walking be aware that there are around 200 steps in the visit, even if you do use the lifts.

There is no age restriction and even the youngest children will be fascinated by the visit. Pets however are not allowed.

A major attraction of the Dordogne Valley, in July and August entry queues can get really long. It is definitely recommended to book ahead online. You do not need to print your tickets, simply use the flash code on your mobile. 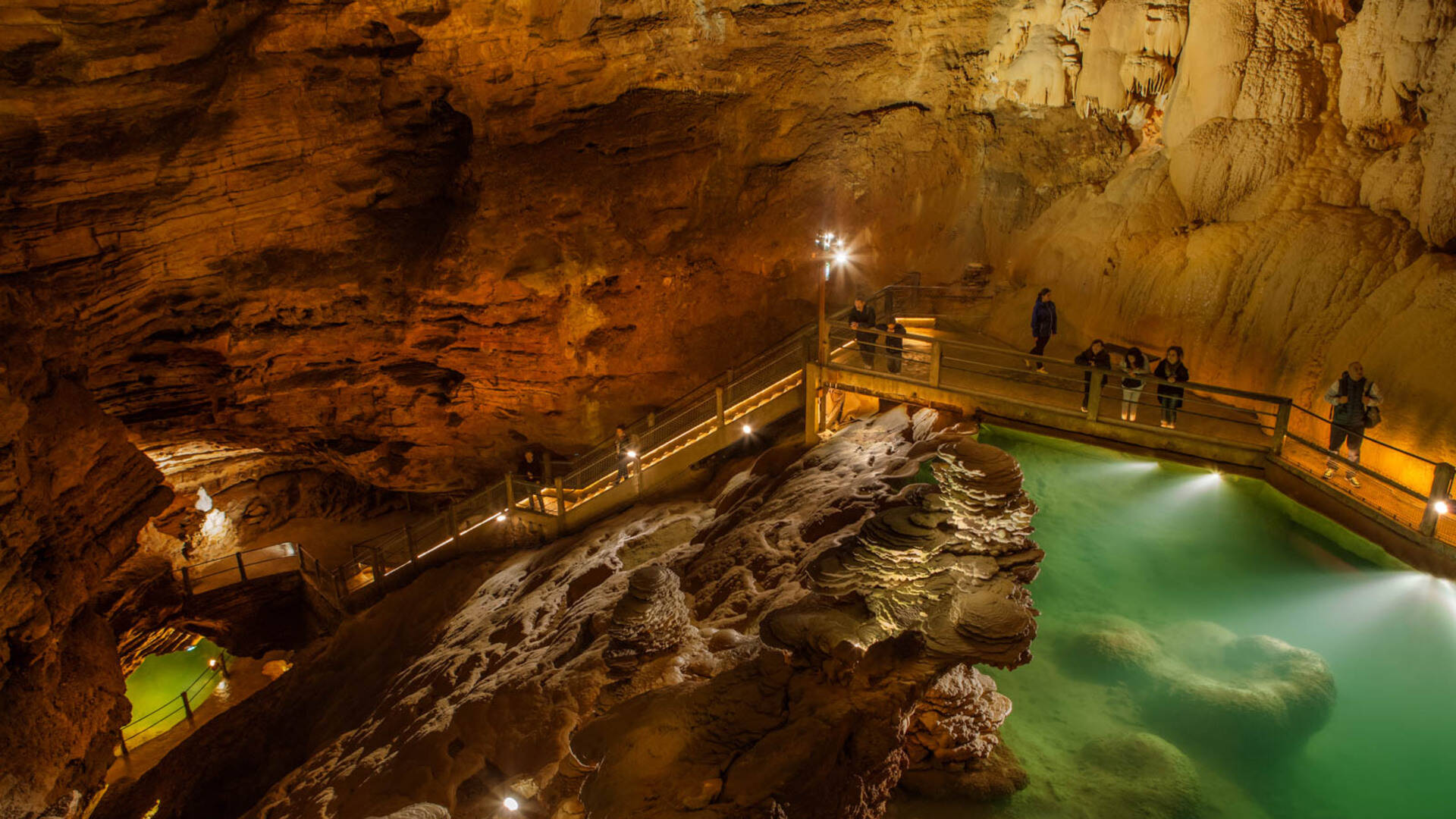 Something out of the ordinary

For an extra special treat you can also do the Visites Explorateurs. Visiting at night you can explore the Gouffre by candlelight, in the same way that the very first explorers did when they discovered the cave. There are only a few of these visits per year so you will need to book well in advance. 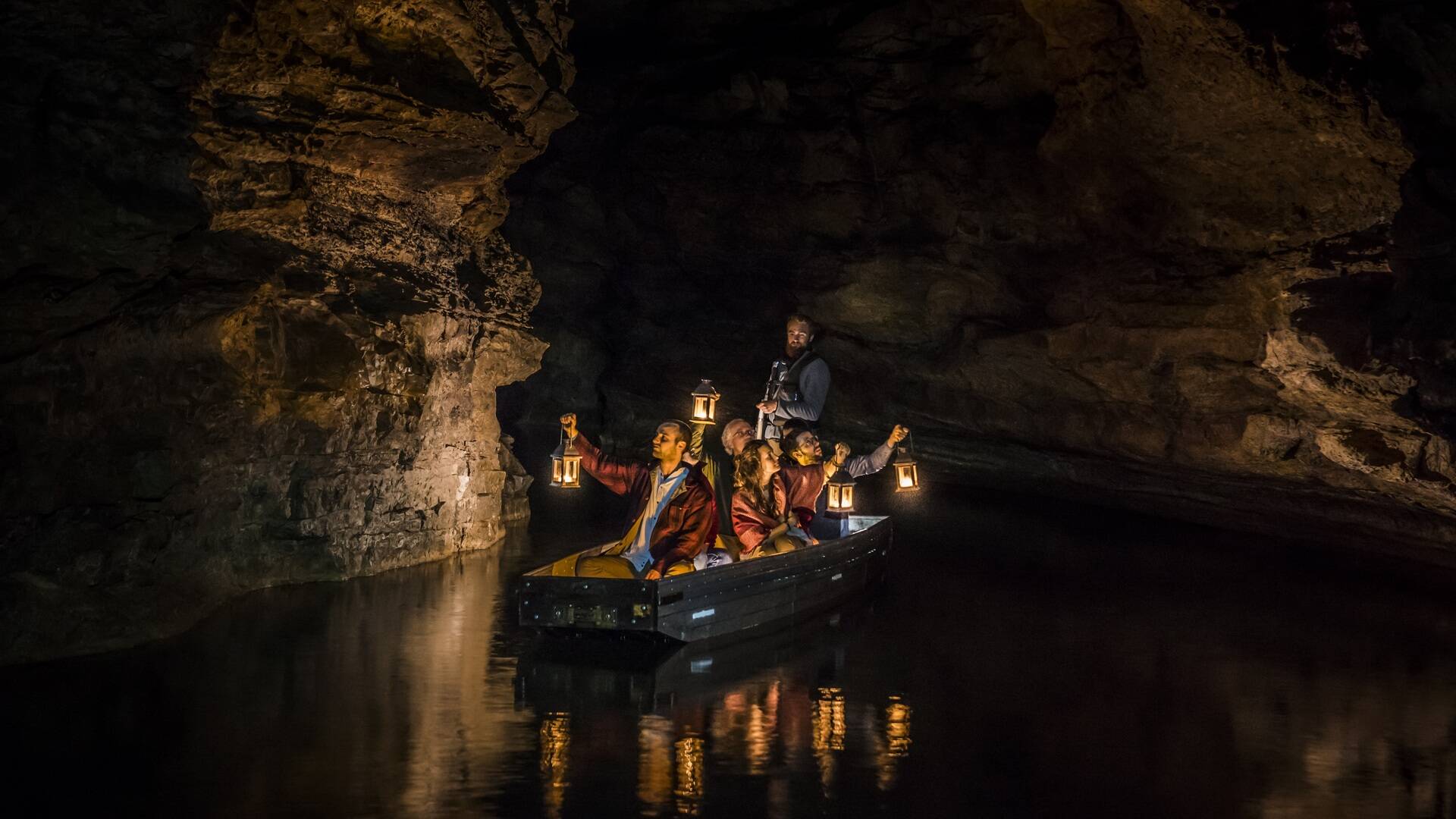 The village of Padirac - Things to do in and around…

At the top of the Gouffre de Padirac, the 1930’s pavilion building features a snack bar/restaurant. Around the Gouffre you don’t have to drive anywhere in order to find a choice of ice-cream stands, bars, brasseries and restaurants.

Nearby, and boarding the National Regional Park of the Causses du Quercy, the village of Padirac is also a starting point for some lovely walks that traverse this national park.

There is also the excellent Insectopia. Dedicated to insects of all shapes and sizes you can get up close and personal with some weird insects under microscopes and admire the impressive butterfly collection.