Candles in the chapel - Rocamadour

Amongst all the villages to visit in the Dordogne Valley, Rocamadour is said to be a place where miracles happen...With its forget-me-not cliff-side setting, we just don't find it hard to believe!

Just southwest of Padirac in the Causses du Quercy Regional Nature Park stands the sacred village of Rocamadour. Built on 3 successive levels, Rocamadour is both a place of legend and history where old stone houses, majestic towers and a castle keep cascade off the cliff into the Alzou Canyon. 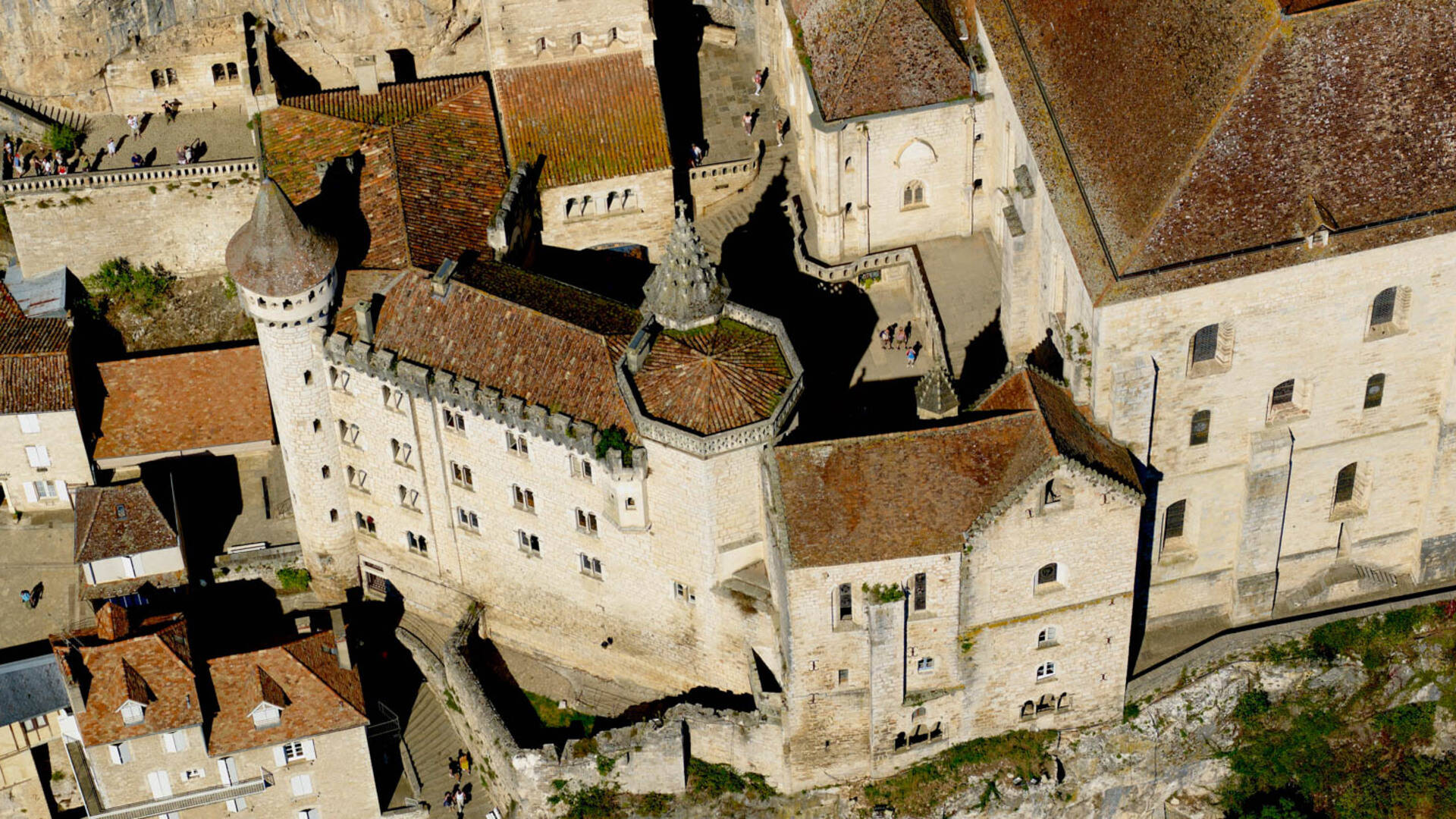 Not only is the village one of France's most important tourist destinations and a UNESCO World Heritage Site, it has also been a crucial pilgrimage site on the 'Way of Saint James' for hundreds of years.
Rising up 120 metres, this vertiginous Citadel of Faith is best summed up by an old local saying: 'Houses on the river, churches on the houses, rocks on the churches, castle on the rock'.

A thousand years of History

In 1166, an incorruptible body was found buried where the Sanctuary now lays. This discovery propelled Rocamadour to become one of the 4 most important pilgrimage sites in medieval Christiandom, attracting Kings and paupers alike.

The 216 steps that make up the Great Staircase separate the lower town from the complex of religious structures that are set halfway up the cliff. The Sanctuary made of 8 chapels is built around a central courtyard.

The Chapelle Notre Dame and the Vierge Noire statue are the highlight of any visitor's trip. Carved from the wood of a walnut tree in the 12th century, the Black Madonna has ever since drawn worshippers from all over Europe in search of  miracles.

Overhead, the 9th-century iron bell is said to ring on its own when somewhere in the world the Virgin performes a miracle. Many recorded miracles are linked to sailors in peril at sea, hence the boats hanging from the ceiling.
Backed against the cliffs next to the chapel lies the UNESCO-listed Basilique Saint-Sauveur, built in the Romanesque-Gothic style. The medieval city is also home to the crypt of Saint-Amadour, just below the basilica.

As an act of penance in previous times, pilgrims would do the 216-step climb to the Sanctuary on their knees. However, today's visitors mostly concentrate on getting to the top without losing their breath (big pat on the back for those who do...) No need to fear though, 2 lifts linking the lower town to the castle are available for the less sporty vacationers.

Rocamadour's stunning castle was built to defend the village's Sanctuary in the Middle Ages and sits proudly at the top of the village in an extraordinary balancing act.
Only the castle’s ramparts are open to visitors but the viewpoints over the Alzou Valley are simply breathtaking. Remember to keep an eye out for the birds flying to and from the ‘Rocher des Aigles’ falconry display nearby.

Visitors that have still got energy to burn and who are looking for a glimpse of the village as a whole should take the shady path towards L'Hospitalet. Inhabitated as early as the Upper Palaeolithic era, this hamlet offres a picture-postcard view of the golden stone village cascading into the canyon.

Nearby, the prehistoric Grotte des Merveilles boasts an underground world of stalactites, lakes and original Paleolithic drawings of horses and deer that date back to 20,000 B.C. The pre-historic artists created the paintings by airbrushing red and black pigment onto the rocks using animal bones and a variety of different stencils like hands. The cave is easily accessible with only a short walk down some steps.

The monkey park "La Forêt des Singes" is also a must while visiting Rocamadour, particularly with children. A chance to get up close and personal with 150 barbary macaques roaming free in a large shady park.

Keep in mind that the village continues to be an active place of worship so it's advised to dress accordingly. With a million visitors flocking to Rocamadour every year, try and plan a visit to the sacred marvel early in the morning as it can often get quite busy during the day. 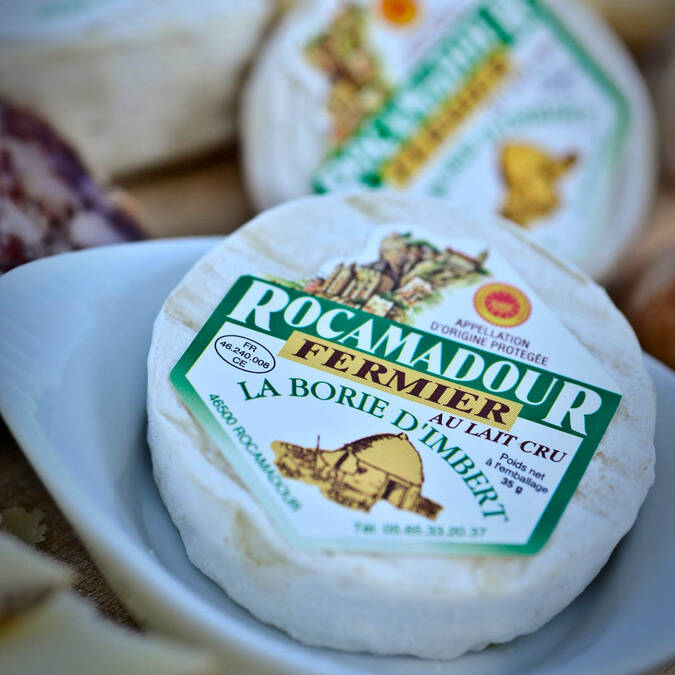 A speciality in Rocamadour and the Quercy Limestone plateaus, Rocamadour cheese or 'Cabécou' is made with unpasteurized goat's milk and has been designated the AOC quality label.
Presented in the shape of a small disk, Rocamadour cheese can either be eaten warm on a slice of walnut bread or in a salad and will undoubtedly tickle any cheese lover's tastebuds.
In June, the Rocamadour AOC cheese festival is celebrated on Pentecost Sunday with a large market, cheese tasting, live music and activities for the kiddies.

Every last weekend of September, the annual Hot Air Balloon Festival "Les Montgolfiades" sees 30-odd participants from all over Europe taking to skies from the foot of the Sacred City.
Remember to make an early start as over 20,000 spectators come to enjoy the show each year. Visitors can choose to watch from various slopes in the surrounding valley.
There’s also a fantastic firework display as well as a great brocante for those looking to take home a French antique and spruce it up a little.

Another of Rocamadour's events takes place in spring when hundreds of sheep migrate from Rocamadour to the uplands for the annual Transhumance. Visitors and locals are welcome to join the flock for a five day walk along the Dordogne's idyllic country lanes and paths guided by local shepherds that know the region like the backs of their hands.