A medieval fortress in the Dordogne Valley

Discover your inner Robin Hood or Maid Marian with a visit to this magnificent medieval fortress.
Marvel at the castle’s fortifications and panoramic views from this stunning French national monument.

The red stone of this medieval fortress gleams in the sunlight like a beacon. Seen for miles around from its hilltop location, this French National Heritage monument dominates the skyline from every direction. You can’t miss it. With six towers, enormous stone walls and a gigantic medieval keep it’s a truly imposing 15th century castle. Quite clearly it was built for war and is one of the finest examples of fortified medieval architecture in the Dordogne Valley. 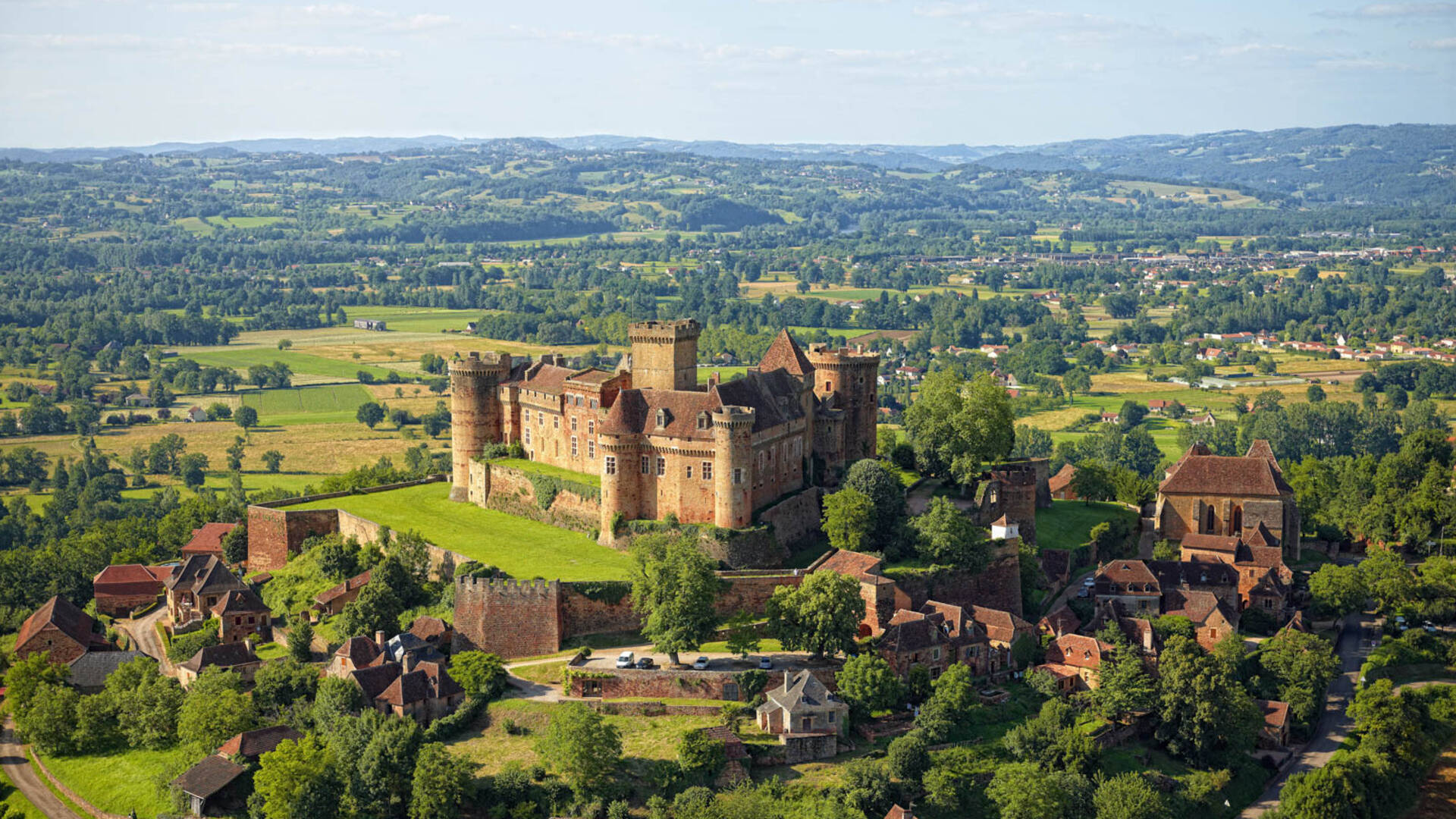 The castle dates back to the 1100s and was the seat of the powerful Castelnau Barons. Over time the château was developed, enlarged and fortified further during centuries of medieval wars, particularly in the 15th and 16th centuries. Immensely thick walls were built to resist attack from artillery as castle sieges and weapons became more and more sophisticated.
When you explore its outer walls you can’t help but notice the thickness of the stone that has allowed this stronghold to withstand the ravages of war. Interestingly there is an English connection, as Henry II of England captured the castle in 1159 during the Hundred Years’ War between France and England.

Views with a climb

A must do is walking up to the top of the castle’s keep. Climb up the 90 or so steps of the narrow spiral stone staircase. It’s worth every effort for the views at the top as you peer down over the castle courtyard below and the Dordogne Valley beyond. Also make sure you explore the outer walls of the castle, again with magnificent panoramic views over the Valley. 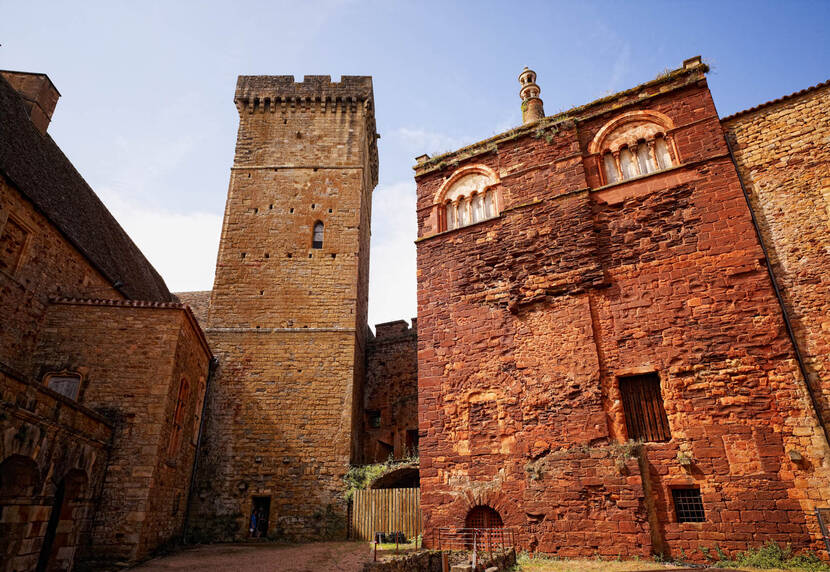 Tendered by a Tenor

Abandoned in the 18th century it was also partly destroyed by a fire in 1851. It was subsequently bought and restored by the famous French Opera Tenor- Jean Mouliérat – in the early 20th century. He was an avid art collector and enthusiast and he set about not only restoring the fire damaged castle but also decorating it with his love of the arts - particularly antique furniture but really any fine art pieces that took his fancy. On his death he gifted it entirely to the French State with one very important stipulation, that nothing be rearranged or removed - even the photo frames are exactly where he left them.

Part of the yearly Saint-Céré Classical Music Festival, you can attend operas and concerts inside the courtyard of the castle every summer. 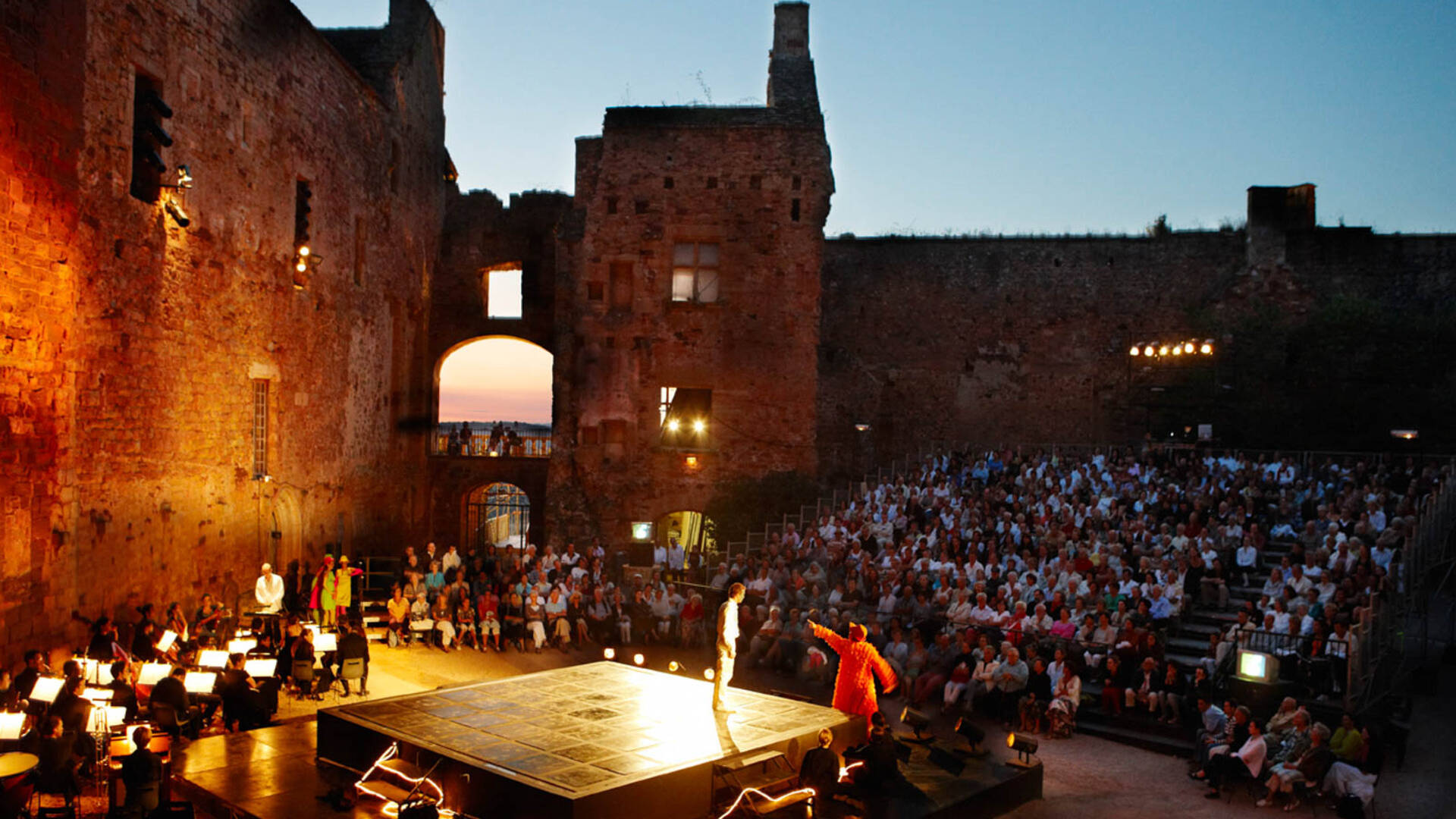 Sculpture in the courtyard

Get Medieval with it

When you visit, the guided part of the tour concentrates on the artefacts and restoration of the castle as carried out by Mouliérat. With four-postered beds, coats of Armour, intricate stained-glass windows and more art than you can shake a stick at, it‘s well worth the visit. This tour lasts about 30 minutes (in French, with handouts in English) and is included with the entrance fee. After the tour, you are free to roam the castle’s ramparts and climb its keep and walls for the magnificent 360 degree views of the Dordogne Valley beyond. The kids will love running around the ancient castle courtyard and climbing its ramparts (careful kids)- it will bring out your inner Robin Hood, Maid Marian or Jon Snow for sure.

Don’t confuse it with the Château de Castelnaud - which is near Domme & Sarlat. 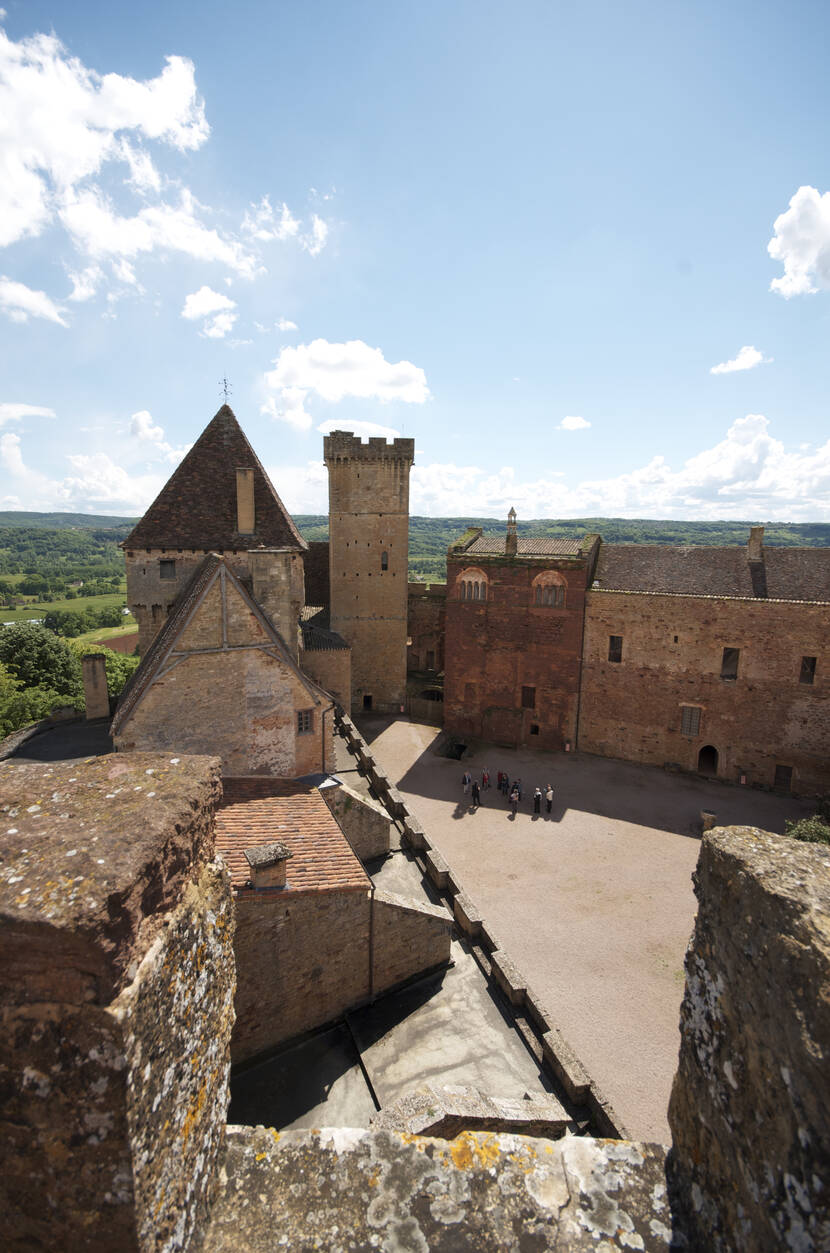