Book your stay
-A +A
Home / Discover / Cultural Heritage / Saint-Céré

A charming and lively city

A medieval town with a canal running through it, excellent restaurants, tea rooms, cafés and shopping to be had in amongst exploring some ancient castles and admiring world renowned tapestries.

Shops, a cup of tea and some tapestries

Saint-Céré is a refuge for nature buffs, shoppers and history lovers. Pretty stone and half-timbered houses and private mansions are criss-crossed by the town’s canal. Saint-Céré has a rich architectural history of mercantile trade. If you enjoy a spot of shopping you’ve come to the right place. As an important centre of medieval commerce it grew from a village into a town. Excellent eateries, bars, cafes and tearooms give you the perfect excuse to just stop and try some delicious French cakes.

Visit the central squares on market days (Saturday and Sunday mornings) and meander amongst the stalls full of local breads, cheese, fresh local fruit and vegetables. 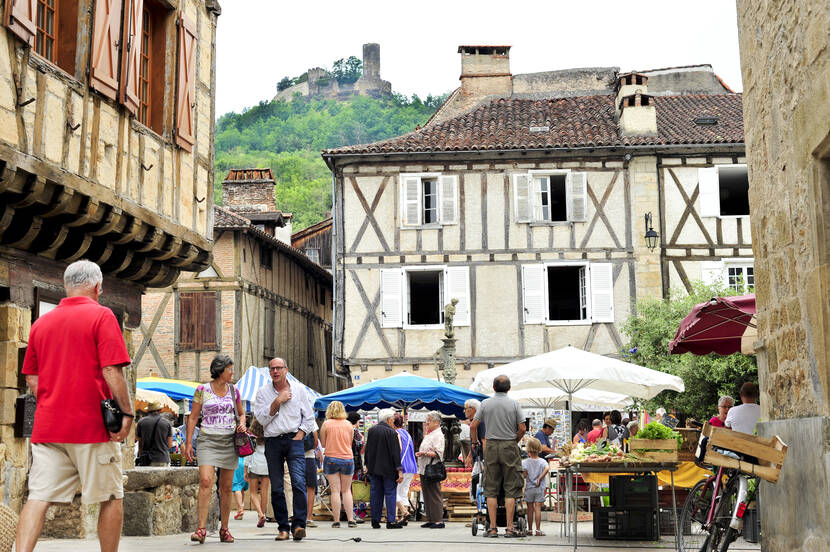 Visible from the centre of town, the towers of the Saint-Laurent-les-Tours castle loom above Saint-Céré. The view from the top alone is definitely worth the climb but more so what’s inside the castle. The museum Jean Lurçat  is an ode to the incredible life of an artist and former French Resistance fighter in the Second World War. Jean Lurçat led a worldwide revival in the creation of modern French tapestry in the 20th century. Find out how this French artist influenced Picasso, and the extraordinary tale of his works that hung alongside those of Matisse in New York in his heyday.

From Saint-Céré into the heart of nature

The town of Saint-Céré is situated at the crossroads of the Bave valley, joining the Dordogne Valley and Ségala mountains with the limestone plateaux of the Causse de Gramat. Consequently it serves as an excellent starting point for miles of maintained hiking, horse riding and mountain biking trails. From simple short family walks to long hikes for experienced walkers - lace up your boots and discover the awe inspiring natural beauty of the Dordogne Valley year round… 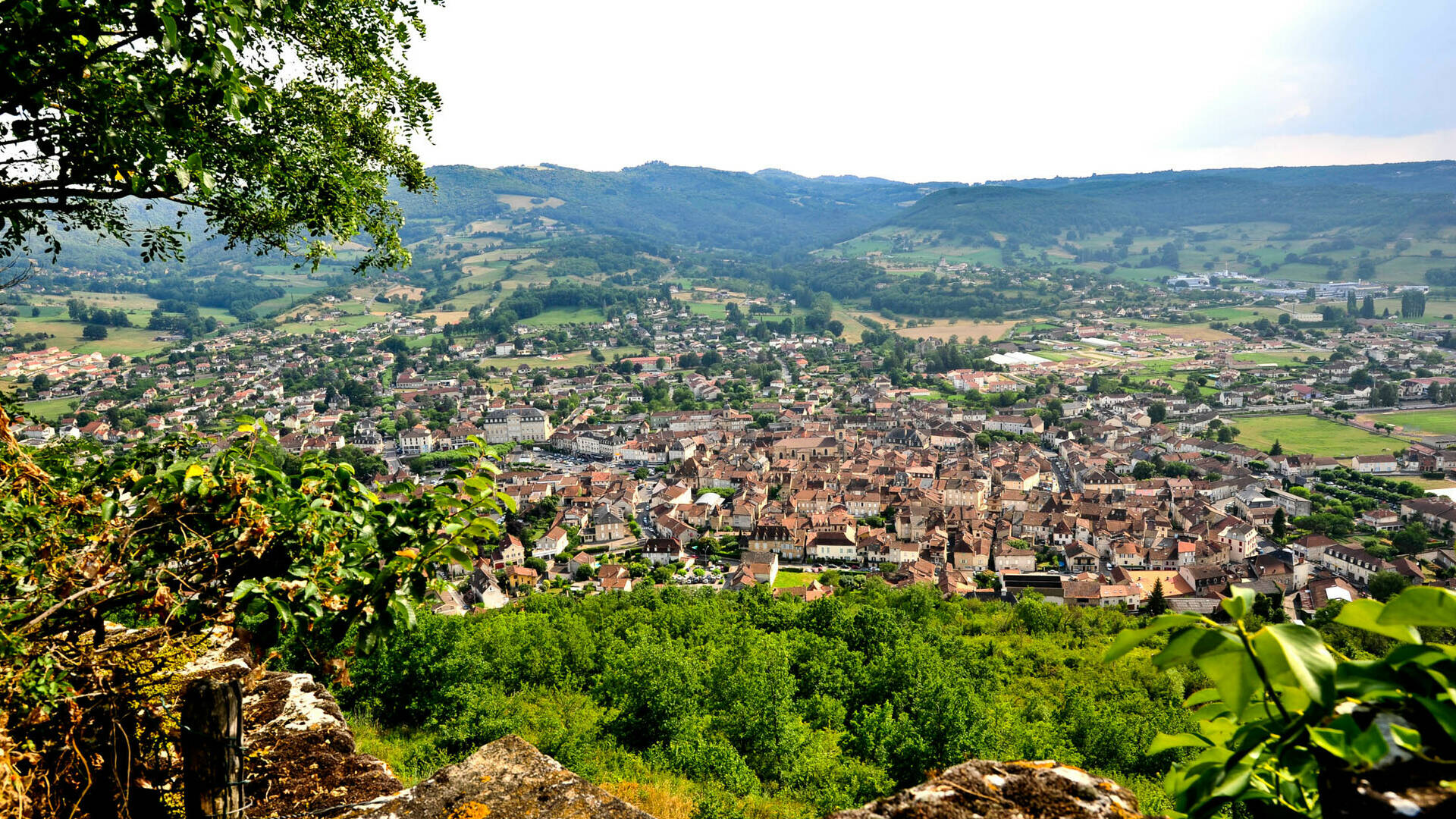 View over town of Saint-Céré

Described as a jewel of the French Renaissance period this 16th century castle was saved from ruin and has been carefully restored in 2016. From the adjoining symmetrical French clipped hedge garden (like something straight out of the Three Musketeers) to the beautiful interiors this Chateau is like a film set in real life. It simply oozes elegance and will have you pining for the romance it conjures up.

Unusually, it was designed by a woman whose tragic history of her lost son, killed in war, is etched into the castle’s design. During the Second World War, it famously hid another woman - Leonardo da Vinci’s The Mona Lisa, moved from The Louvre in Paris in order to stay out of the clutches of the Nazis. 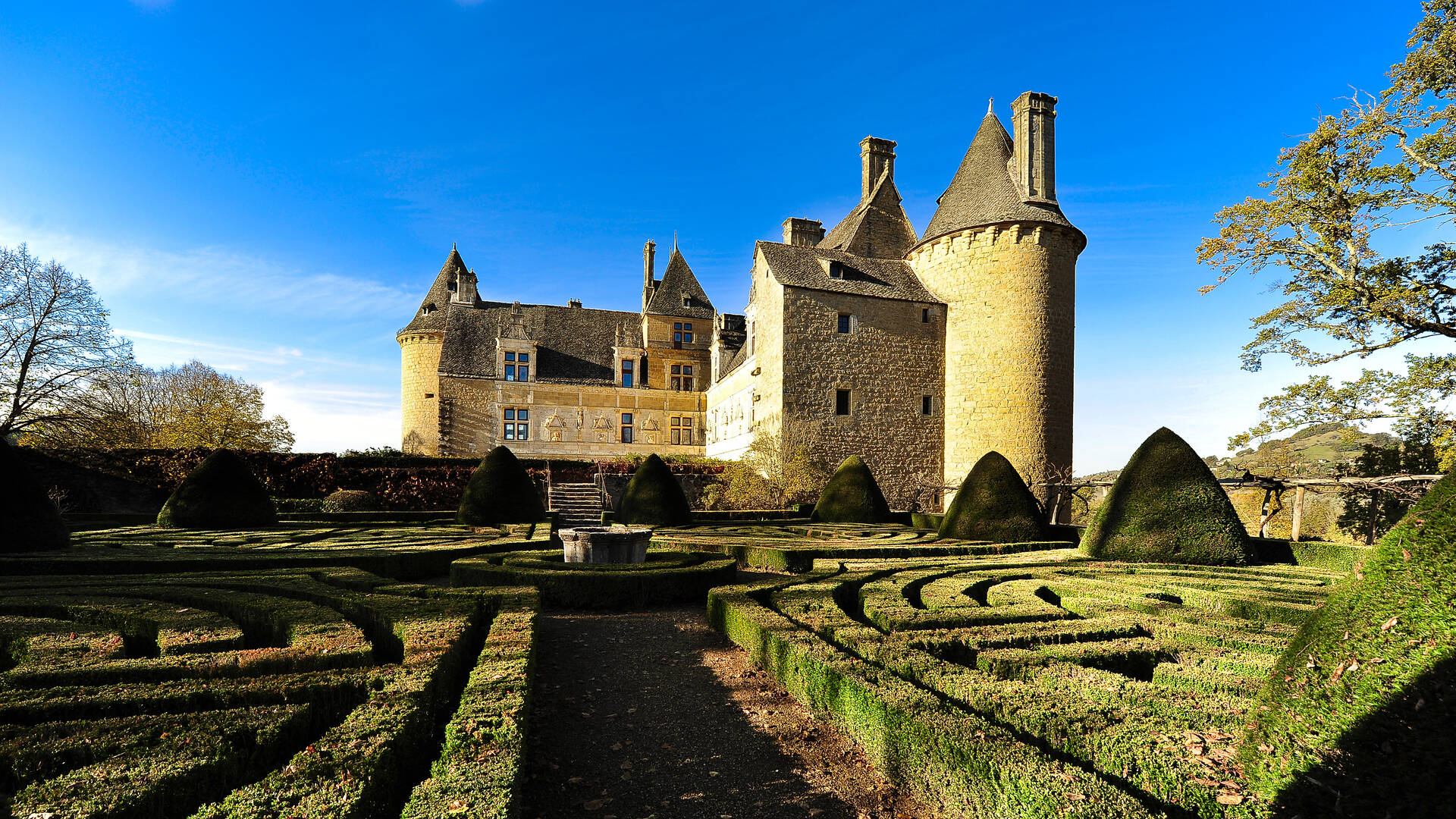 An excellent example of a fortified medieval French castle, don’t confuse it with the Château de Castelnaud (which is near Domme). Partly destroyed by a fire in 1851, this 14th century castle was restored by the famous French Opera Tenor- Jean Mouliérat – in the early 20th century. He imbued the castle with a wide variety of fine art objects, in particular antique furniture. On his death he gifted it entirely to the French State with one very important stipulation, that nothing be rearranged or removed - even the photo frames are exactly where he left them. Explore the rest of the castle at your leisure and make sure to climb the towers and walk the ramparts admiring the spectacular views over the valley from its hilltop position. 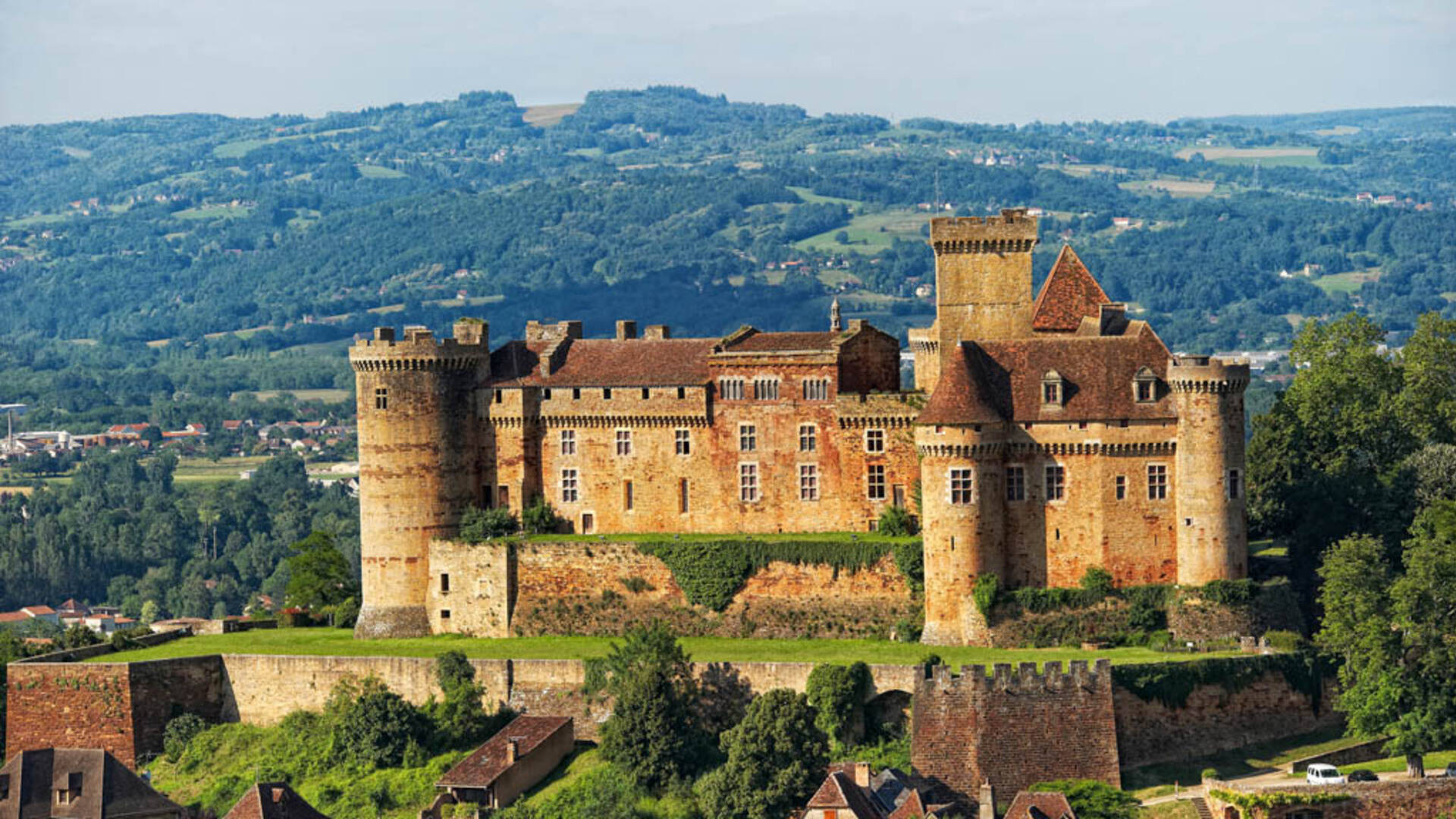 Close to Saint-Céré, escape the heat of the sun, or a summer thunderstorm with a visit to this hillside cave, home to the tallest stalagmite in Europe, 30ft tall!

It’s an easy cave to visit with hardly any steps. Less known than some of the bigger caves in the area, it makes for an intimate discovery away from the crowds.