A medieval citadel in the Dordogne Valley

An enchanting walk through this 12th century citadel, set in amongst wild oak forests - like something out of Game of Thrones.

Perched on a cliff, overlooking the river Maronne, a tributary to the Dordogne river, the Tours de Merle are set in beautiful oak forests and surrounded by deep gorges. Named, probably after the blackbirds that live in the area (merles in French) come and discover for yourself the rich history of this fascinating castle.

Like moments lost in time, this majestic medieval ruin stands testimony to the ravages of war in the Dordogne Valley.  Situated on a cliff 30metres high it was strategically chosen because it was easy to defend. However, this didn’t prevent it from coming under attack both during the 100 Years War and then further in the Wars of Religion.

This feudal castle, was once a thriving kingdom and at its height in the 14th century included seven castles and a village owned by seven noblemen. During the Hundred Years’ War the English managed to capture it briefly. Through the Wars of Religion it also passed hands between the warring factions and suffering damage from both wars it was eventually abandoned. Today, you can still climb these medieval steps right to the top of the towers and admire the view.

The Maronne valley in which the Tours de Merle is located is classed as a Natura2000 network, a European Union initiative to protect the biodiversity of key sites throughout Europe. Many protected and rare species live here, including otters, eagles and some rare flora and fauna. This makes for some great nature walks on site and close by, such as walk upstream that traces the route to the remains of a 14th century water mill.

During the summer months there is also a special programme of Medieval themed demonstrations and events. Immerse yourself in a medieval show, with some games and fun that will bring out the little princess, or knight in everyone. Included in the entry fee it is a free add on, definitely one for the kids but maybe only in French language - don’t let that stop you though! 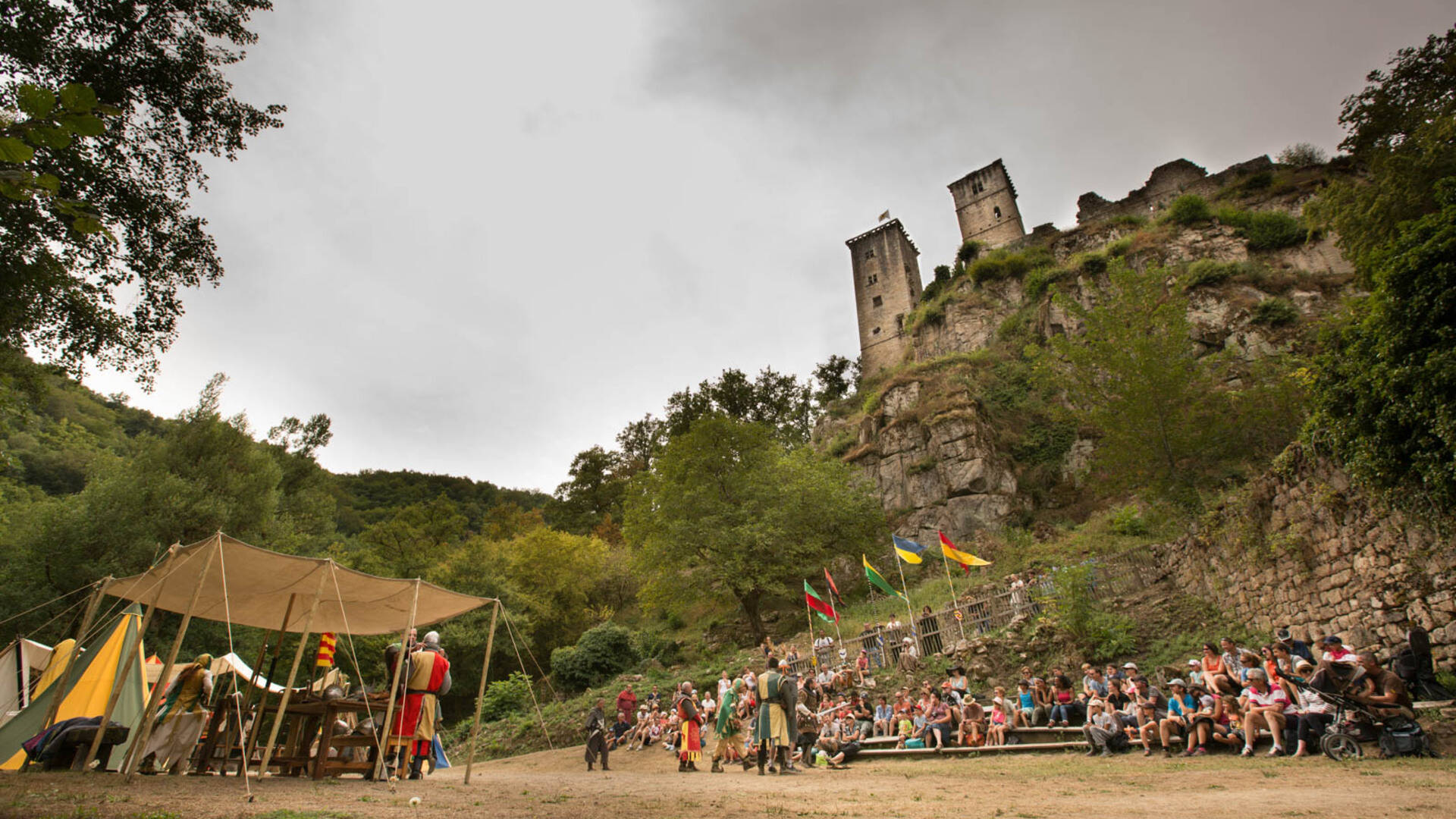 A medieval show at the Tours de Merle

There is free parking nearby, and you will pass through a small hamlet with a gift shop and snack bar before getting to the castle.

If you just can’t get enough of the medieval vibe, close by you can explore Les Fermes du Moyen-Age. It is a perfect reproduction of a 15th C. hamlet with farm animals, houses and a medieval vegetable garden. 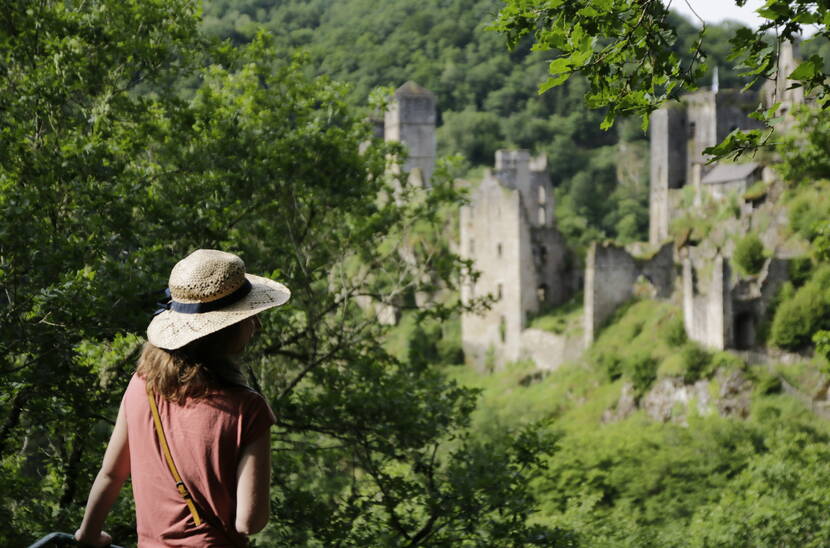