Book your stay
-A +A
Home / Traveller Information / Four Seasons, Four Reasons / The climate in the Dordogne Valley

The climate in the Dordogne Valley

Sun & fun, rain or shine - essential information on the weather

There are four distinctive seasons in the Dordogne Valley : Summers are generally hot, winter temperatures can come drastically down below freezing and the seasons in between offer a whole spectrum of weather patterns. So to the question “When is the best time to visit ?” the answer is “It really depends what you want to do”. Here are some travellers information on what to expect weather-wise so that you can enjoy your holiday to the full whichever time of year you plan to visit.

Walking in the Dordogne Valley 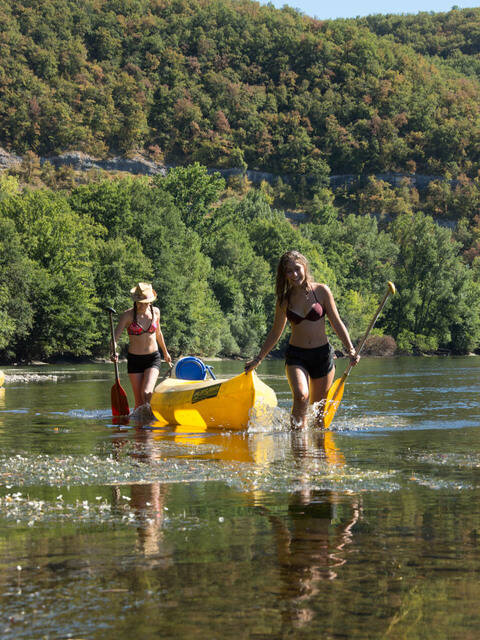 Summers are hot in the Dordogne Valley and the temperature often goes above 30 degrees Celsius. It rarely climbs beyond the mid ‘30s for any substantial length of time. In general, July is slightly hotter than August and the average temperature in summer hovers around the late ‘20s. You will always find a choice spot to cool down though - be it a shady beach beside the river or a swimming pool. When the summer sun is drenching the region getting drenched in water is the best way to cool off.
Whether you canoe down it, swim in it or just splash around in it the Dordogne is waiting for you. A UNESCO Biosphere Reserve it’s the cleanest river in France –so don’t hesitate to jump straight in.

You can also do a bit of sightseeing to avoid the heat. Castles, with their thick medieval walls are great at keeping the heat out and you can visit a cave where the temperature always hovers between 13 and 14 degrees Celsius.

It generally only gets humid when a storm is looming. Otherwise expect dry heat. Of course the landscape would not be so green without a bit of rain, and the temperate climate of the Dordogne Valley is a major draw for visitors. This means that you do get a bit of rainfall in summer. Sometimes it arrives in a summer storm with thundery downpours (often with spectacular lightning) or just a day or two of showers. Either way you are very unlikely to have your holiday ruined by bad weather in summer.

It is never very windy in the Valley, although there will be the occasional breeze that calms things down in the hotter months. 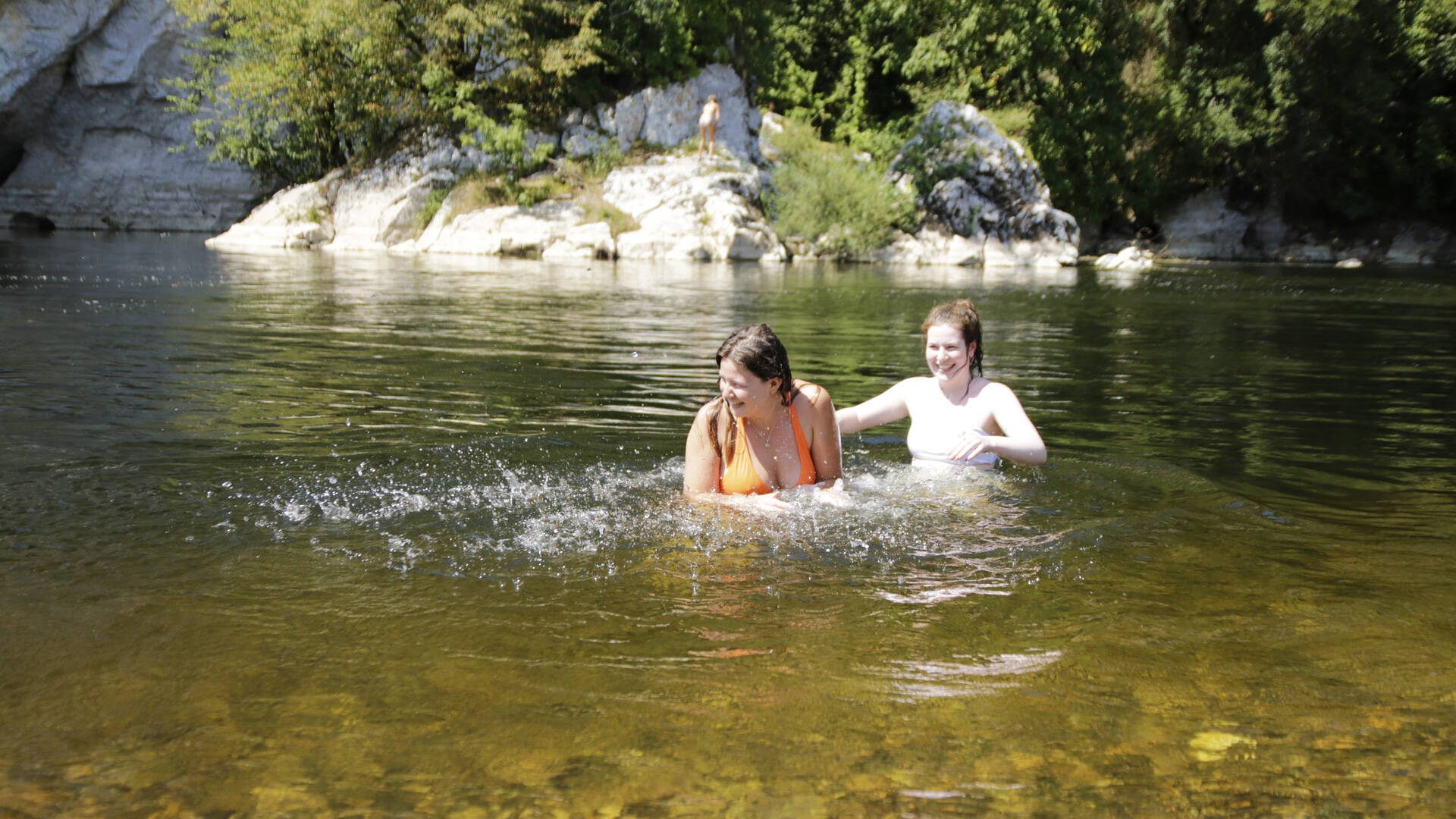 Water fun in the Dordogne River

In autumn, it’s still very warm here with long Indian summers that drift from September into the end of October. In the comfortable mid ‘20s this means you can still enjoy canoeing in the river. Walking and cycling is less arduous as the summer heat tones down a bit and the countryside slowly turns into lovely shades of browns and yellows. 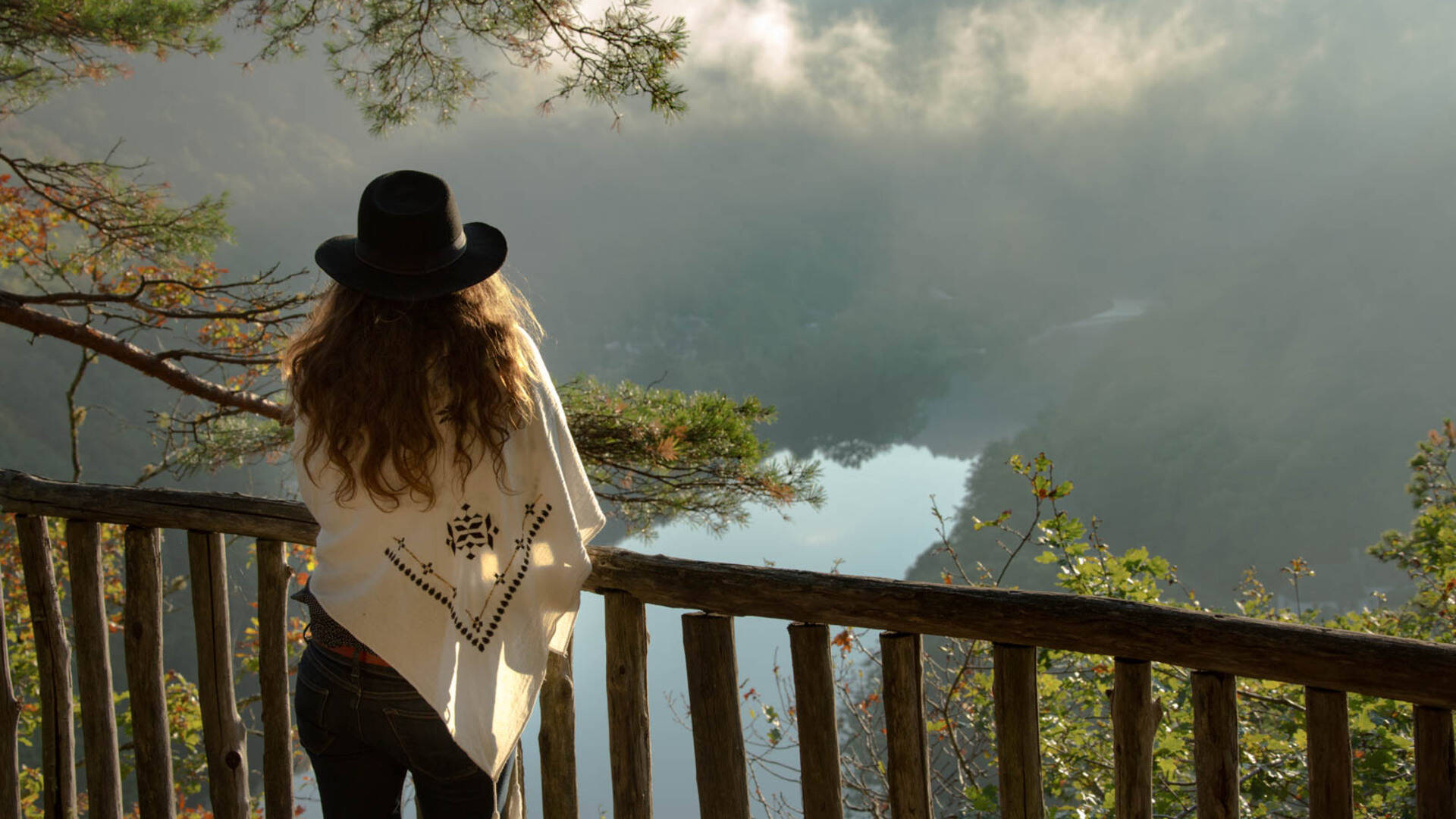 Early autumn in the Dordogne Valley

Spring - Keeping it green : March, April and May

March can be quite rainy which is similar to the April showers that hit the UK. There tend to be showers, periods of sunshine and then showers again. Average rainfall for the Dordogne Valley measured in days is about 140-160 mm per year.
In spring, you might run into a few rainy days or a cold snap but generally the temperatures range from 12-16 degrees in early spring (March-April) climbing well into the mid-twenties in late spring (May- early June). But don’t worry because even if it rains a bit more in the spring there is so much to see and do, such as a beautiful 15th century chateau or prehistoric cave, that you won’t ever risk getting bored.

Walk in the woods in the spring

In the Dordogne Valley, winters are of the crisp variety where you might need to rub your hands together but often under a cold blue sky. Temperatures do go negative (averaging from the low 5s to the -5s) and sometimes in the depth of winter it can get down to -10! However, these really cold periods don’t last very long (a week or two at most in either January or February). It does rain in winter obviously but rainfall is off and on. It very rarely snows, and if it does so the snow will not settle for long periods.

Whatever the weather, you will find that you can walk and explore the Dordogne Valley with almost all of it all for yourself.  Most major sites will be closed but some such as Rocamadour, remain open year round. The unique thing about visiting at this time of the year though, are wandering through the Christmas markets that lead up to the big day. Discover too the joys of truffle celebration as this delicacy is traded and celebrated in the winter months with truffle markets and fetes. 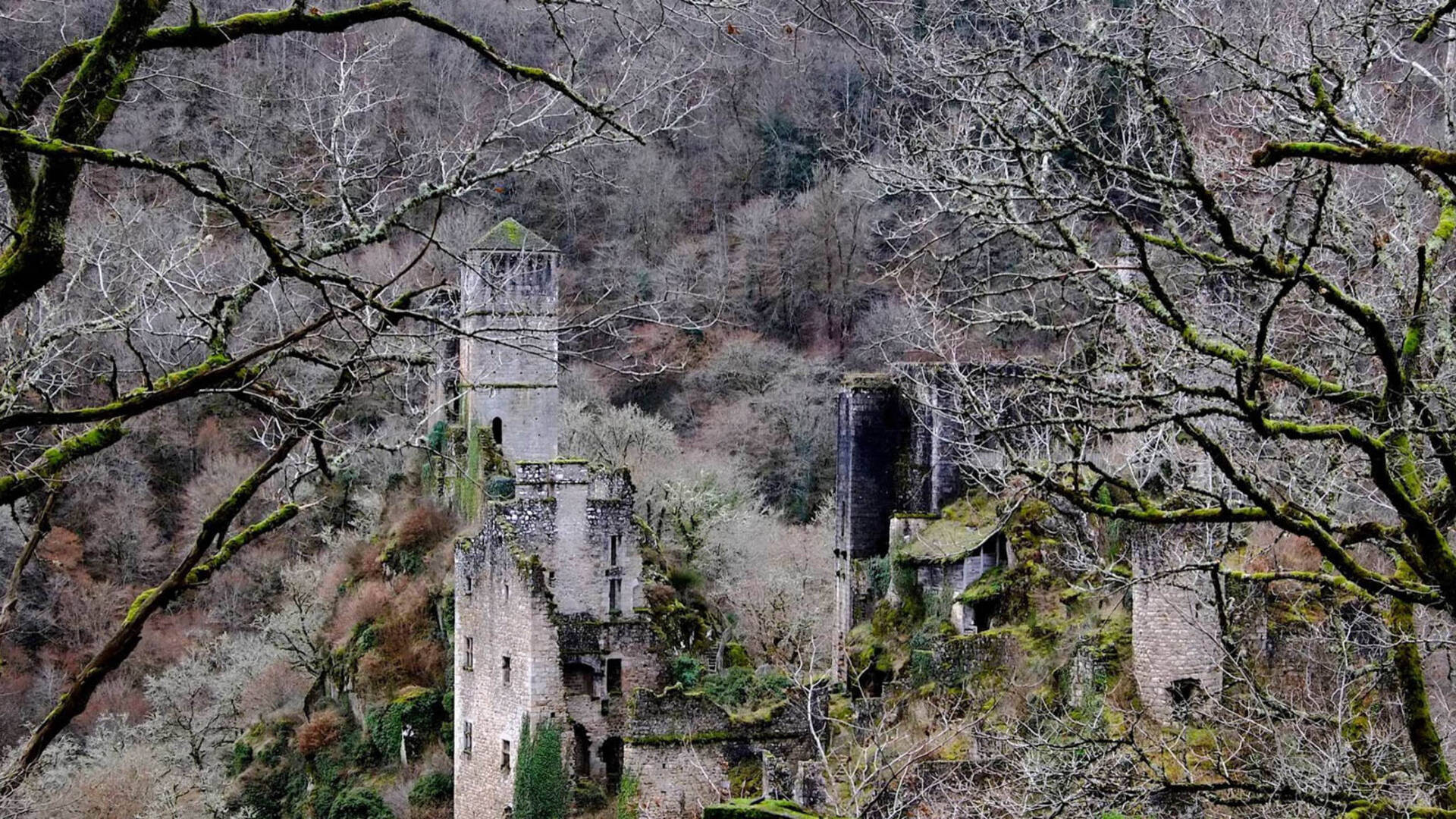