Beynac and the castle - © Sarlat Tourisme

and the castle of Beynac

In the footsteps of the Lionheart

Built on top of a cliff that dominates the village of Beynac-et-Cazenac underneath it, the castle of Beynac boasts views over the valley fit for a king.  Where once there were attacking armies crossing the Dordogne river below it, now you will see the occasional canoeist drifting by.

This castle is stunningly kept and remains one of the most impressive fortified castles in the Dordogne Valley. It is so well preserved that you can’t help but feel like you are literally stepping back in time. As you climb the towers and look through the arrow slits, you can imagine archers pulling back their bows and picking out a target in the distance. How they could hit anything seems amazing today. Yet they surely did as the Hundred Years War between England and France raged on and off again for a bloody century.

Richard the Lionheart, King of England, once walked the halls of this place, gazing out at the Château de Castelnaud opposite - the French castle which opposed this English occupation. You too can climb the stone circular stairs leading to the top of the 12th century keep and look out at the very same view, marvelling at how this medieval warfare shaped not only France but also England. 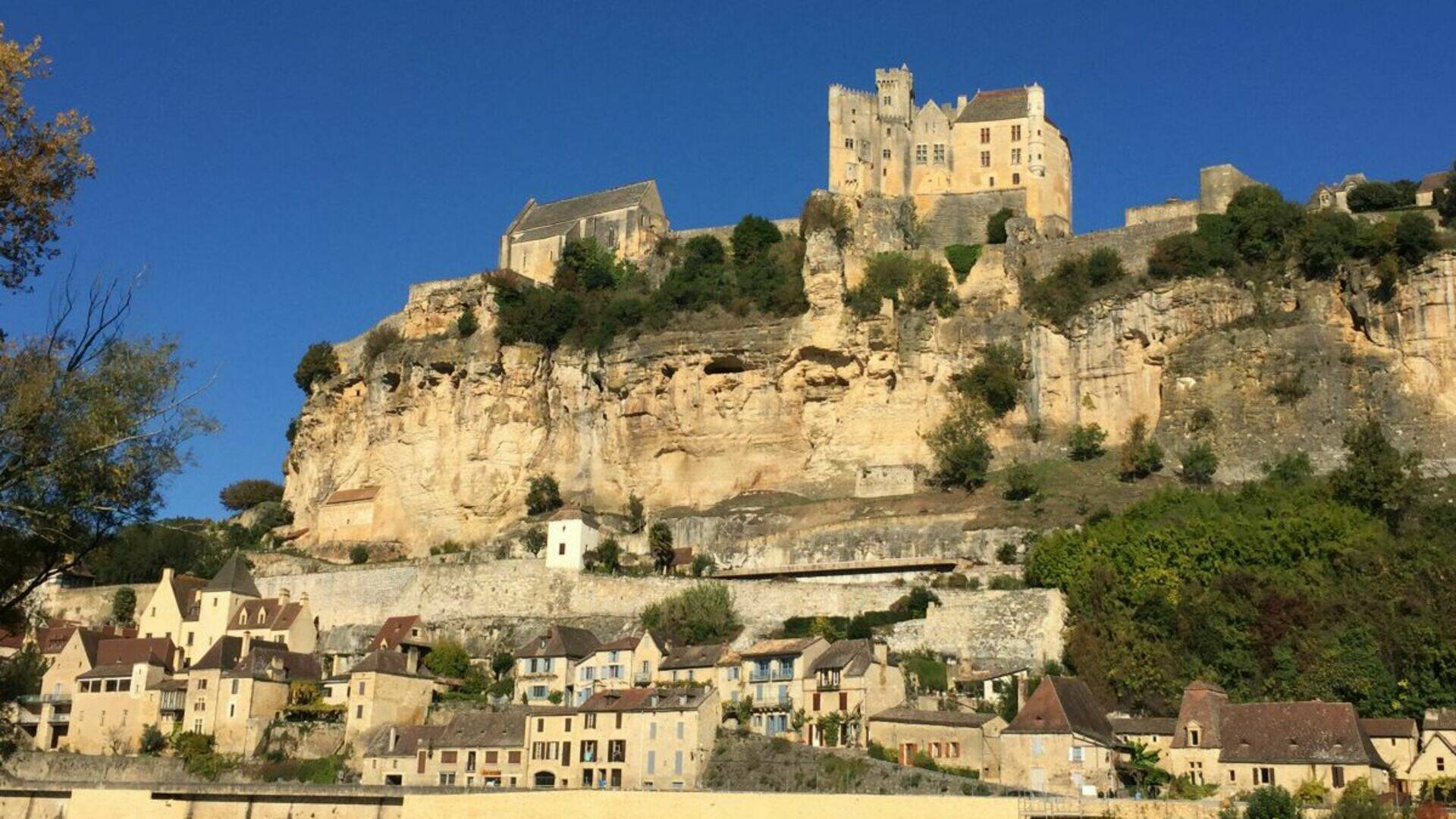 You can start your visit underneath the castle in the equally pretty village of Beynac-et-Cazenac. So pretty in fact that it has been categorised as one of ‘The Most Beautiful Villages in France’. Lying right next to the Dordogne River, this village is characterised by its ochre stone houses and stone roofs. There are some lovely restaurants and bars to take a break in before or after climbing up the medieval cobbled streets of the village to the castle. It’s quite steep and can be slippery when it rains (so watch your step) but the view is definitely worth it. 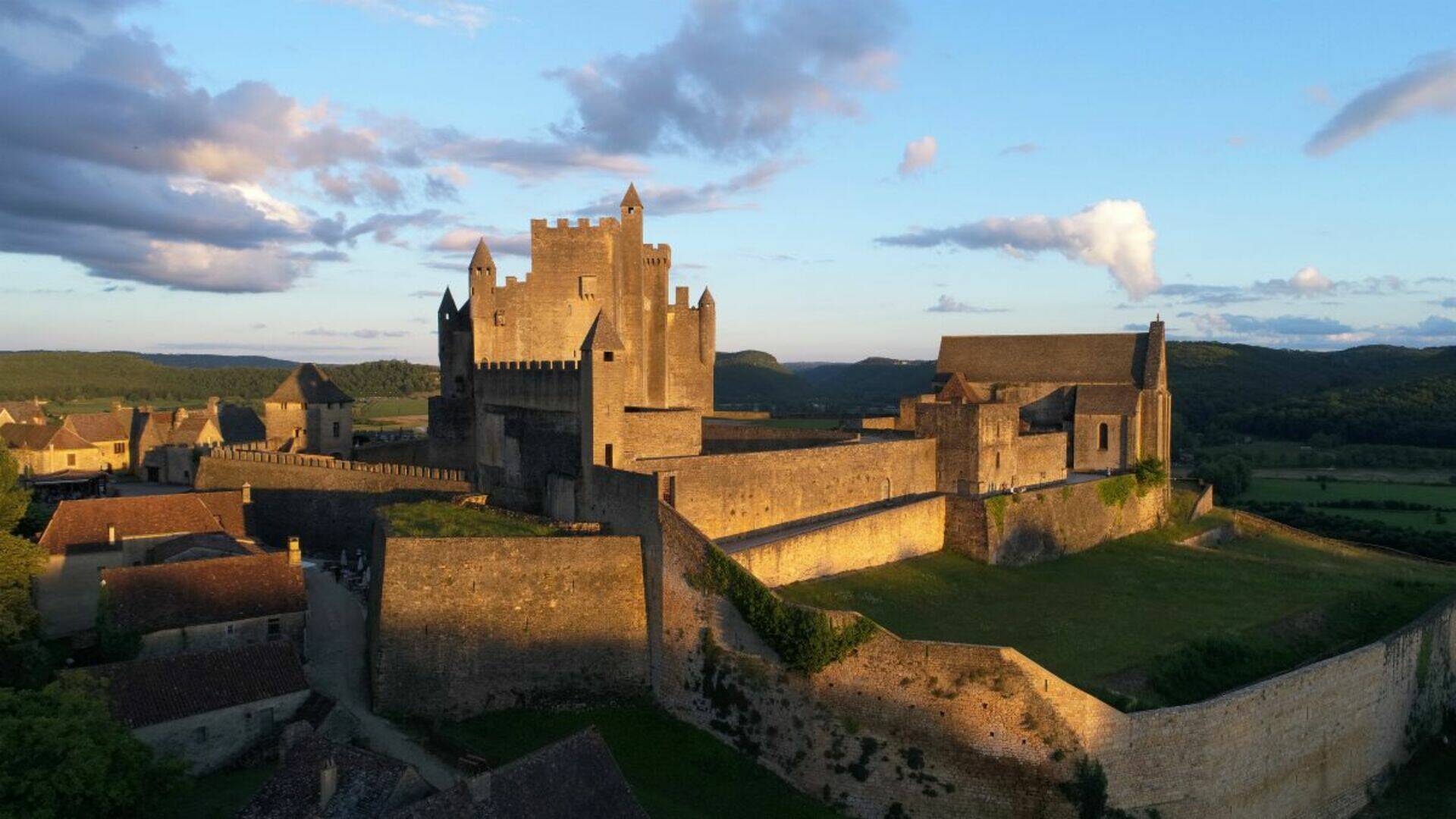 Visiting the castle of Beynac

The castle is open throughout the year (except for the month of January). Audio guides are available in multiple languages, including English, and give you a unique insight into the history of each nook and cranny of the castle. With its thick defensive stone walls, each aspect of the château, from the original keep, guard’s room, or fortified towers, exhibits the architecture of medieval warfare. Discover the opulence of the private quarters (dressed in tapestries and knight’s armour) or the banquet room that served the Lords of the castle who once lived here.

For those less able or less inclined, there is a back route to the castle, which takes you through Beynac-et-Cazenac. Just turn into the main street of the town (where the tourist office is located), go straight on past the outskirts of the village and follow the signs indicating Château de Beynac. You will eventually arrive at the top of the hill behind the castle and from here it is just a short walk down the cobbled street to the entrance. Either way, the castle and its surrounding medieval village offers gorgeous views from all angles and a slice of history more than worth the visit.