Book your stay
-A +A
Home / Discover / Cultural Heritage / Domme

A hill with a view

Extraordinary panoramic views of the Dordogne Valley can be had in this extremely well preserved bastide medieval town.  Steeped in history this village has it all, stunning views, great shops, excellent bars and restaurants plus a fascinating history.

A hill with a view

Perched on a hilltop 150 metres overlooking the Dordogne Valley below, the views from the village of Domme are unrivalled. You can see the valley stretching before you in every direction, the Dordogne River meandering through it and disappearing into the horizon in a stunning panoramic vista.

This is of course, why bastide (fortified medieval) towns were built in such places, in order to see enemies approaching and to have the high ground in case of attack. Constructed in 1281 at the behest of the French King Philip III, Domme was to serve as a key strategic defence in the Hundred Years War between England and France. Eventually captured by the English in 1346 for a time, the town came through the Hundred Years War relatively unscathed and today this walled village is a stunning reminder of this past. 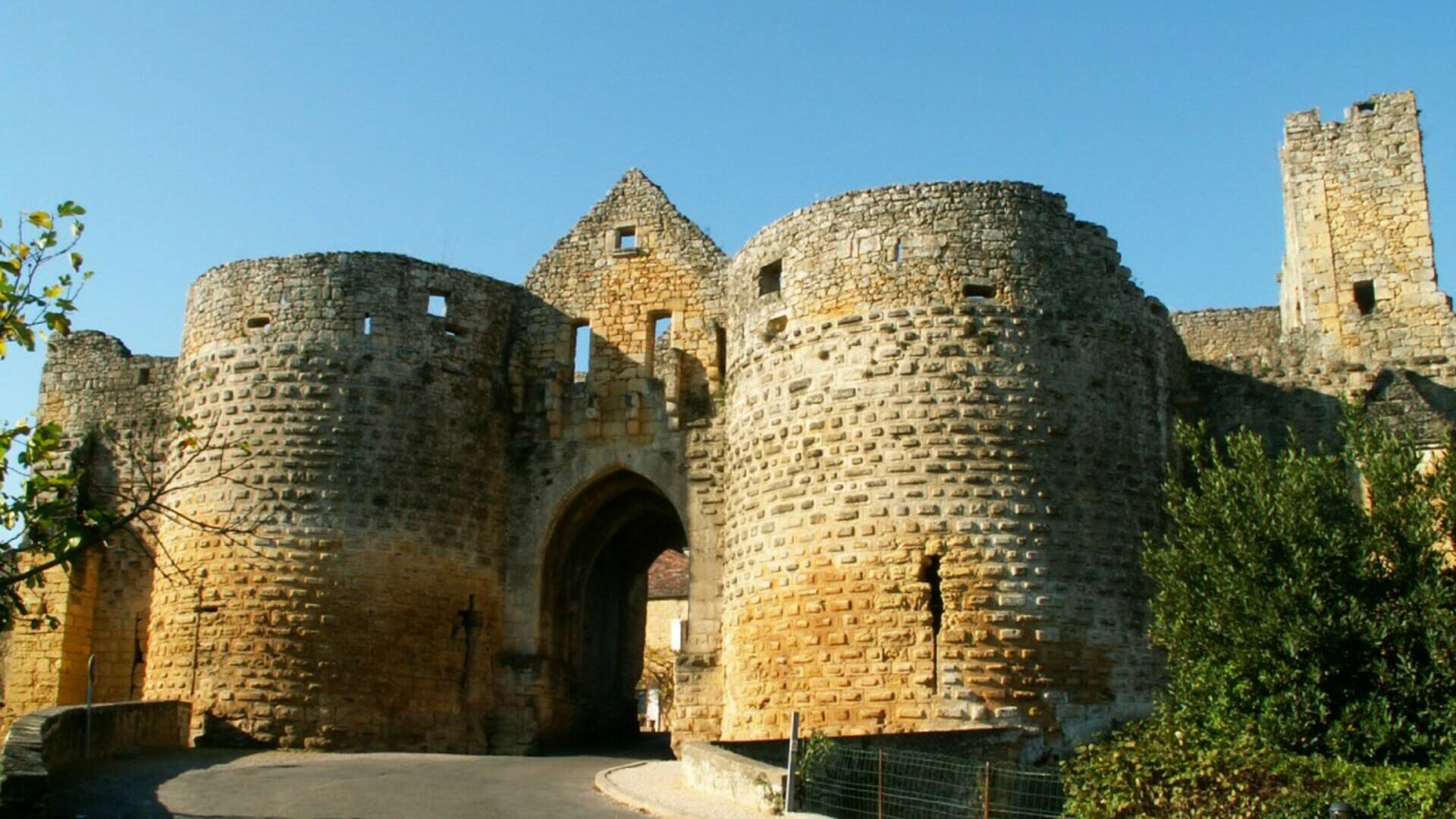 A Most Beautiful Village…

Labelled as one of ‘The Most Beautiful Villages of France’, Domme’s golden yellow stone and impressive architecture are amongst the most well-preserved medieval townscapes to be found in the Dordogne Valley. Pass under the town’s fortified arches and explore the ramparts. Incredibly you can still see the prison graffiti etched into stone walls by The Nights of the Templars who were imprisoned and sentenced to death here in the early 14th century. Step further back in time with a visit to the Grotte de Domme, a cave deep under the centre of town, filled with stalactites and stalagmites, 450 metres long. 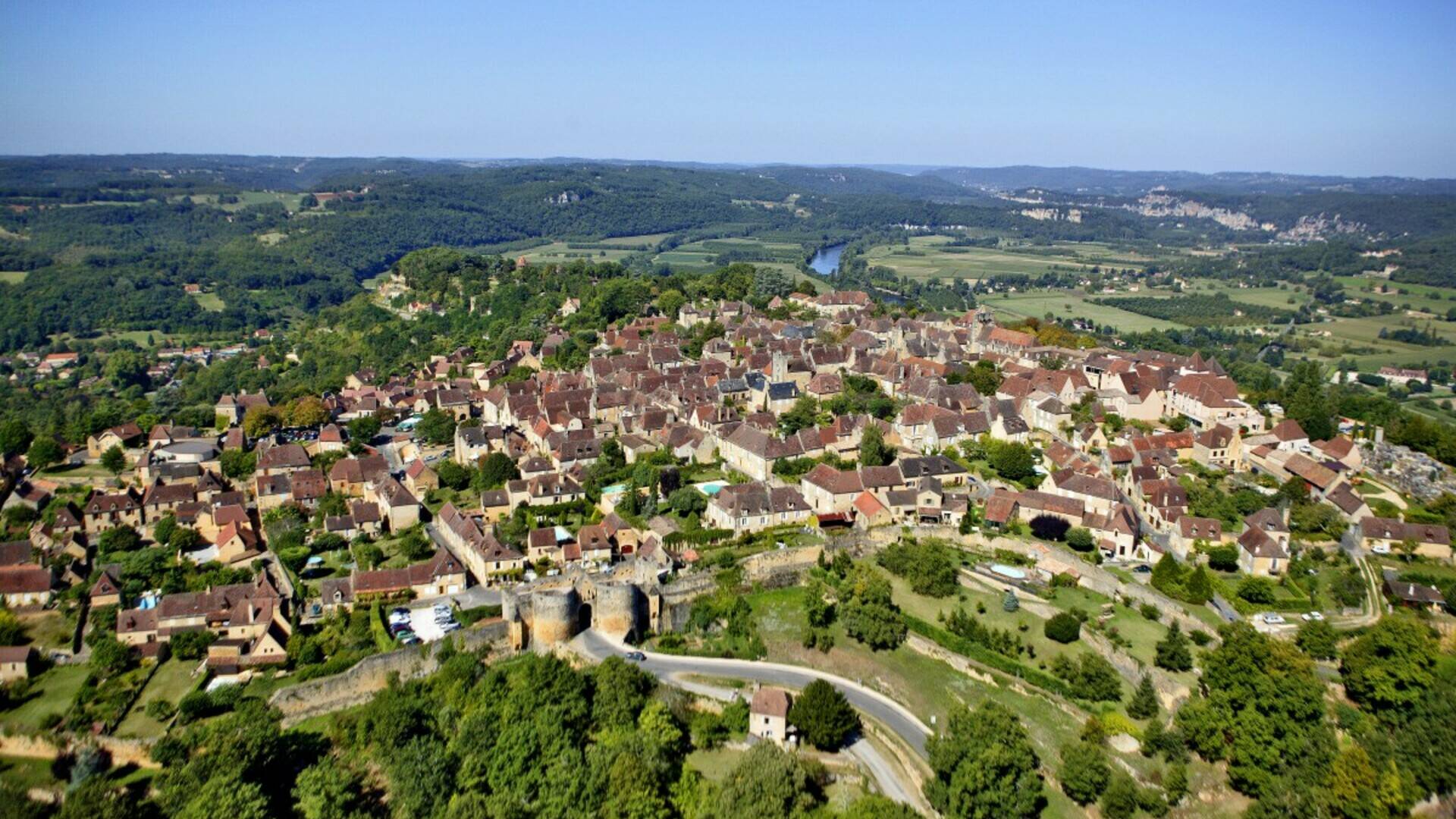 View of Bastide of Domme

As the bell tolls

When you have taken in all of that history, explore some of the many varied artisanal shops in the town. If visiting on a Thursday be sure to check out the local market where you can stock up on sausages, cheeses and other tasty local delicacies. Escape the sun and seek the shade of a parasol in a local bar or restaurant. As the chimes of the church bell ring out slowly across the square relax and soak up the atmosphere with magnificent views…